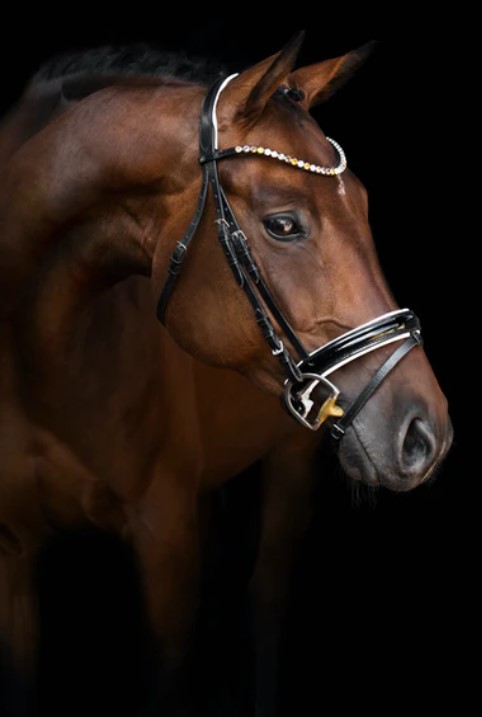 Understanding Your Horse’s Sense of Smell

Horses have a much better sense of smell than we humans. If you’ve ever ridden a horse on the trail that dropped its head to sniff its way along because other horses have been on the same trail, you’ll know that they get much more information out of a smell than we do. They aren’t as good at scent recognition as a dog, but they are able to identify predators and other horses by their smell.

The horse’s long head means that it has quite a large nasal cavity. Their flexible nostrils flare as they breathe in a scent they are interested in. This portion of their respiratory system is made up of cartilage. Inside the nasal cavity are structures called turbinate bones. These structures cause the inhaled air to stir around. This both warms the air and distributes the scents. Receptors within the nasal cavity are positioned on the top, and because of the size of the horse’s head, there are proportionately many receptors.

Horses also have a vomeronasal organ or Jacobson’s Organ which senses pheromones of the opposite sex and other scents. It’s the vomeronasal organ that the horse may be triggering when they smell something, lift their head high and peel their lips back. This is called a Flehman response and it’s believed that this helps concentrate the scent on the vomeronasal organ. All sexes do this, but it’s most commonly seen in stallions sniffing manure, possibly to process the reproductive status of a mare. Flehman comes from a German word, meaning to bear the upper teeth. Many other animals species, including cats, goats, and pandas do this as well.

When a foal is newborn, the mare will groom it with her tongue and learn its smell. This helps the mare bond with it, and be able to recognize it in a group. This smell identity is so important to mares, and foals that foster dams can be encouraged to adopt a foal by rubbing it with the mare’s manure or sweat scents. Experiments with foals who have had their sense of smell.

When horses meet each other for the first time, they often touch noses or snort softly before exchanging squeals or even kicks to determine where they are in the pecking order. Dogs get a lot of information by smelling each other’s backsides when they first meet, and horses do this too, though they’re not as direct about it. Your horse may check out new people by giving them a good sniff. It’s difficult to say exactly what information they are gathering, but given that their priority is identifying predators, they may be deciding if you are friend or foe.

Some horses will object to a certain smell, and react with fear. This could be connected to a prior negative experience, whether it had anything directly to do with the scent or not.  Many people claim their horses can smell areas that have been inhabited by bears or other predatory animals. This is a primal sense that once kept them safe when they were in danger of becoming a meal.

It’s also believed that horses recognize the scent of food and water. They can detect the scent of supplements or medications hidden in their food that to us, has no scent or is masked with other scents.