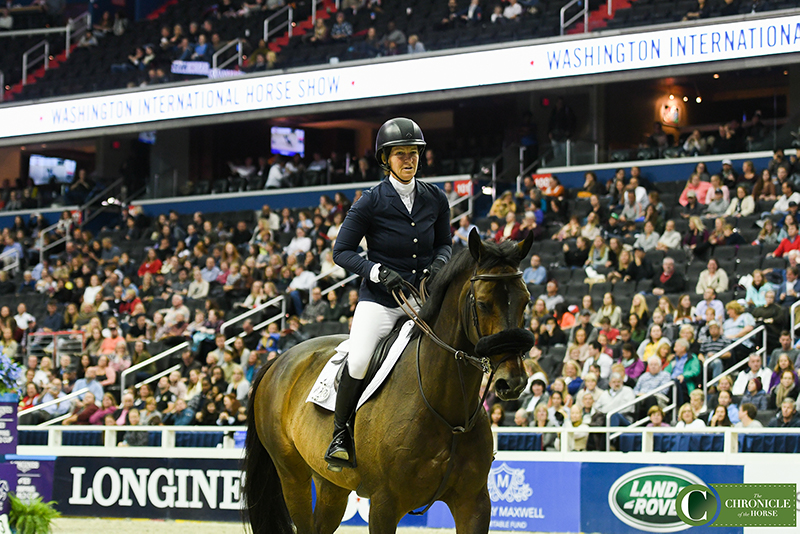 Beezie Madden will semi-retire from high-performance sport following the 2020 Olympic Games, which will be held Jul. 24 – Aug. 9  in Tokyo. Going forward, Madden, 56, of Cazenovia, New York, will focus instead on developing horses and riders to the championship level.

“With the horses we have now, we’re 100 percent committed to trying to do the best we can to make the team and go to Tokyo. After Tokyo, that will change,” said Madden. “Those horses will probably be available to be bought, but I won’t just stop riding them; I’ll continue to as long as I have them. In the meantime, we’re always looking for young horses to develop, so we’ll be looking for those before Tokyo because we need to have some horses to bring along.”

“I don’t know that you can ever say you’ve done everything that you’ve wanted to do,” said Madden. “I think that’s the great thing about this sport is there’s always more out there to do and to learn. I think young riders coming along can have some great opportunities coming up, and I’d love to be a part of trying to make a career for another young rider

“I love the competition,” she added. “Trying to stay at the top of the ranking list and have a good horse—the organization and all the logistics, a lot of that gets tiring. I think it’s just time that we move on and focus on something else.”

Madden is currently based in Wellington, Florida, for the winter circuit as she vies for Tokyo team selection. Her string includes the Abigail Wexner-owned Chic Hin D Hyrencourt, Darry Lou, Garant, Jiva and Breitling LS, her winning ride at the 2018 Longines FEI World Cup Final in Paris. Coach, the 12-year-old Holsteiner gelding (Con Air—M-Stuttgart, Corofino I) and partner of Madden’s for five years, was sold to her student Katherine Strauss in January.

“The amount I’ll be competing depends on what horses we have,” said Madden, who will continue to attend shows that best suit her young horses and riders. “I don’t predict that after Tokyo every horse will be sold. I would love to still do more grand prixs if I have the horses, or if I have the horses developing and starting to do grand prixs.”

Madden will look to develop horses between the ages of 5 and 8, as well as further the education of up-and-coming riders. She currently trains Strauss, Madison Goetzmann and Alex Matz, who all board their horses with her, as well as four to five external clients, who she trains on an ad-hoc basis. Going forward, Madden will look to take on two to three more stabled riders, and an additional two that require less commitment.

“We’re open to what kind of student we’d have,” said Madden. “We’d love to take on a student that aspires to do what I’ve done and try to help them come along and develop into a top international rider.”

As Madden makes her transition, Wexner, her sponsor of 20 years, will continue to extend her support.

“She’s really left it a lot up to what we would like to do,” said Madden. “In saying that, she’s also very excited to go into the next adventure. We did it in consultation with her, but she’s really been a super supporter, and we’ve always kind of seen eye to eye on everything.

“I’ve been lucky to have her for almost 20 years now, and I think there are so many riders out there that don’t have the support,” added Madden. “When you have it, it’s very special, and I think it would be great if we had more owners supporting more riders, too.”