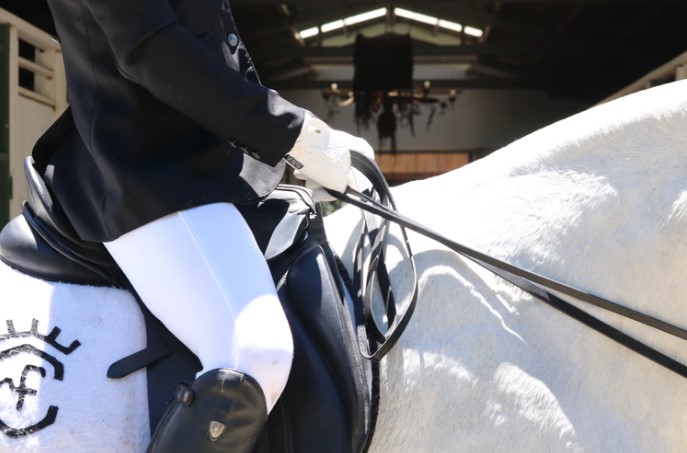 Interestingly, many brands you see today are heavily inspired by the sport. Hermés, for example, began by making harnesses and bridles for the European elite back in the 1800s. This was before the explosion of their now ubiquitous Birkin bags and silk scarves, which now evoke thoughts of posh riding clubs and aristocratic leisure.

Undoubtedly, horse riding has always held a respected seat in the fashion world, able to marry performance and style. One reason for this is that horses have always been a huge part of human history. As we at Equilife World explained, riding fashion has evolved over the centuries to reflect the current culture and rider needs.

During the eighteenth century, there was a stark emphasis on frills and femininity, as women were made to ride in skirts paired with more masculine-structured tops. But as the years progressed, general equestrian fashion became more subdued. Dressmakers were swapped for tailors who began to utilise cotton, wool, and linen to make tweed jackets— which, to this day, is still the sport’s most recognizable garment.

During the industrial revolution, the perception of horses shifted
dramatically from work animals to animals for recreation and sports. With that, equestrian fashion and social class started becoming a metric for social status. However, it wasn’t until the early 1900s when jodhpurs caught on. Characterised by their increased allowance for flexibility and mobility, jodhpurs marked the beginning of horse riding apparel taking a more comfort-friendly turn.

To this day, equestrian fashion remains heavily rooted in tradition. Many competitions still hold strict guidelines on the choice of attire, which mostly dictates a conservative dress code. Yet, while a rider’s gear may look conservative, the clothes have been specifically designed to help the riders.
Fabric technology that was developed to reduce moisture is now found in most modern riding attire, giving riders greater comfort when riding outside. Other contemporary designs are now created with more function in mind and use an expanded roster of fabrics. Cotton-lycra breeches and Gore-Tex jackets are now mainstays in riding fashion.

However, the biggest concern in modern equestrian attire today is safety. Underneath the riding attire, riders will be wearing a protective riding vest in case of a fall. Polystyrene-filled helmets have also been developed to offer great protection. Due to the need to reduce head injuries, the British Horseracing Association, the Professional Jockeys Association and the Injured Jockeys Fund put forward a new campaign to highlight the dangers
of concussion in the sport. On their poster were falls by top jockeys, including Lizzie Kelly, the first female to ride in Cheltenham Gold Cup for 33 years. While the atheistic of equestrian fashion will always be a key part of the sport, safety is the number one focus, and the modern vest and helmet
shows this.

Occasionally, equestrian wear still spills over to high street fashion, with designers continuing to draw inspiration from the sport. Most notable is popular luxury label Ralph Lauren, whose logo alone already boasts its trademark horse design. An article by Forbes details how equestrian style has been a constantly enduring theme in his collections, ranging from
women’s wear to fine jewellery, and of course the famous polo shirts. Often, his clothing lines even include jodhpurs and riding jackets, in addition to day and evening wear. Ralph Lauren, along with other designers, are tapping into the timeless elegance of riding attire and breathing new life into it.