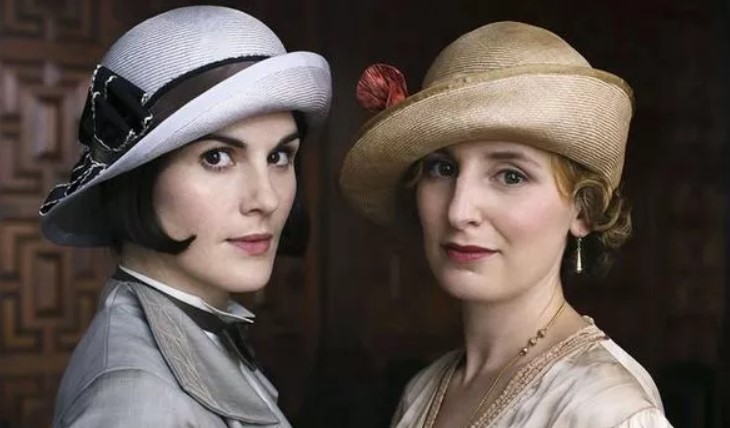 Lady Mary and Lady Edith bickered and competed across 52 episodes and six series of Downton Abbey. The eldest sister always had the upper hand, not just through sheer bullish force of will. As well as being the first born, her destiny was always to be the grand lady of the Abbey itself. Even though as a woman she could not inherit the title, despite her father investigating that option, her marriage to Matthew and then the birth of their son ensured she would always be ensconced as head of the house. Poor Edith could never compete – until she completely blew Mary out of the water with a last-minute marriage. So, how does everyone know who is higher ranked?

British nobility, like everywhere else around the globe, flows down from the monarch. A king, queen, prince and princess outrank everyone else. Next come dukes, some of whom are also royal, with the monarch sometimes bestowing honorary dukedoms on their children. But many dukes inherit the title as part of their family line. They are the highest level of peerage in the land.

That is why Edith suddenly outranks her sister after marrying Harry Pelham, who suddenly became the 7th Marquess of Pelham after his cousin died. Mary is still currently only a lady, like all daughters of the nobility. Had Matthew lived, she would have become a countess but Edith would still have outranked her. Edith is now a marchioness, one step below a duchess and ranked above a countess.

The final two levels of the titled British aristocracy are viscounts and then barons. Once everyone knows their place it makes all the social events that form the backbone of the British aristocracy simple. Everybody knows who takes precedence entering a room, or who bows more deeply to whom. Although it would seem likely that it would rankle Mary that Edith suddenly outranked her, she was always more interested in Downton thann anything else. It might smart than she should technically defer to her younger sister, in reality, Mary has everything she ever wanted.