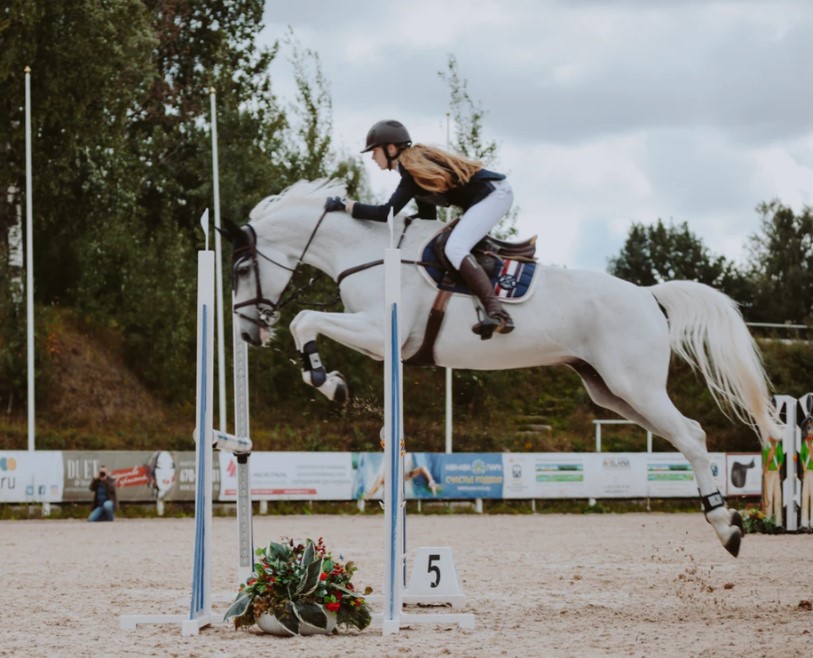 The Dutta Corp U.S. Dressage Team finished a disappointing seventh out of eight with 427.04 points.

Denmark earned a winning total of 459.421 points after tallying the three best scores from the Grand Prix and Grand Prix Special. Germany was left on 454.903 points after team anchor and seven-time Olympic gold medalist Isabell Werth (DSP Quantaz) was eliminated in the Special when blood was found on her horse’s mouth. Sweden finished third (440.499 points).

“It’s just really fun building this [team] together. It was an annoying way to win in the end with Isabell, but I still think that we did a super job today. Everyone contributed,” Dufour said.

The runners-up from April’s FEI Dressage World Cup Final, Dufour and Vamos Amigos anchored the group with career-best scores in both the Grand Prix (81.54%) and Grand Prix Special (80.06%). The pair was the only combination to score above 80%.

“I’m super proud of [Vamos Amigos]. He did a super job again in the ring today [in the Grand Prix Special],” Dufour said. “I might have had five minutes too much warm-up, so I had little less power compared to the Grand Prix, when he was super, super electric. He’s 10 years old and is doing super job.”

Bachmann was not expecting to be at Aachen after Marshall-Bell was sold to U25 rider Nicole Ahorner of Austria earlier this year, but a meaningful summer reunion has transpired in hopes that horse and rider can make Denmark’s team for the upcoming FEI World Championships in Herning (Denmark). After finishing 11th in the Grand Prix (73.69%), the pair rose in the standings with a Grand Prix Special test worthy of 75.23%.

“This was our last selection [event] for our team for [the World Championships]. I was very happy. It was a big day for me,” Bachmann said. “I rode [Marshall-Bell] eight times before coming here. It was a little stressful but still a good experience.”

With its podium finish, Sweden extended its lead in the FEI Dressage Nations Cup series with 41 points. The Netherlands moved into second with 24 points, while Spain sits third (20 points). The series concludes at Falsterbo (Sweden) on July 14-17.

But an unfortunate incident for Duerrhammer in today’s Grand Prix Special led to the pair’s elimination for blood in the horse’s mouth. In a post on her Facebook page, Duerrhammer said: “I am so proud of Quartett for laying down a great Grand Prix Special today, mistake free until our last extended trot where unfortunately he tripped and bit the bottom corner of his lower lip. We still finished with a 71.3% but sadly there was a bit of blood from lip bite present at bitcheck. While I’m very sorry and disappointed for my teammates that my score couldn’t count, this doesn’t take anything away from how proud I am of this amazing little-horse-that-could. We both loved every minute of our Aachen debut and so so thankful for everyone who made this dream possible for us!”

In addition to Duerrhammer’s elimination, the team was dealing with the surprise announcement Friday that Ebeling was facing a civil lawsuit for sexual assault, stemming from an alleged 2017 incident at the Ebeling family training center in California. He has not been suspended by the U.S. Center for SafeSport, however, and so was eligible to compete according to a statement from the U.S. Equestrian Federation.

Ebeling improved his score from Friday’s Grand Prix, which earned a 64.34%. His effort with Indeed today netted a 68.06%.

Going third in the order, Jorst and Kastel’s Nintendo, her own 19-year-old Dutch Warmblood stallion, received a 68.298% from the judging panel. The pair’s test had a few mistakes and Jorst was rung by the judges for an error in the test.

As the anchor combination, Peters and Suppenkasper, a 14-year-old Dutch Warmblood gelding owned by Akiko Yamazaki, earned a 72.404%. The pair overcame a few mistakes in their trot work and one tempis to finish in 13th place overall.

“While our goal is always to come into these major CDIO5* competitions in Europe and be as competitive as possible, we also had the opportunity to learn this week, which will benefit us greatly in the future,” said Chef d’Equipe George Williams. “We saw some expensive mistakes which impacted our scores but leading into the FEI Dressage World Championships later this summer, it is important that we are able to identify where and how we can improve in the weeks ahead, which is one of the key learnings from this competition, as we continue to prepare for selection for the championship this summer.”

In other dressage action at Aachen today, California young rider Christian Simonson  gave U.S. dressage fans reason to smile when he won bronze in the FEI Young Riders Freestyle with a score of 74.93% aboard Son of a Lady, an 11-year-old Danish Warmblood owned by Christina Morgan and Clifton Simonson. Spain’s Sergio Moron Basoco and Farnham L won the class with a 79.13%.

And finishing out Saturday under the lights, Sarah Tubman, Wellington, Florida, and Summit Farm’s First Apple, a 12-year-old Dutch Warmblood stallion (Vivaldi—Oogappel, T.C.N. Partout), took sixth place in the CDI4* freestyle class, earning 74.56%. The winner was Dufour on Bohemian, who earned a score of 84.12%.

Original article: The Chronicle of the Horse (chronofhorse.com)