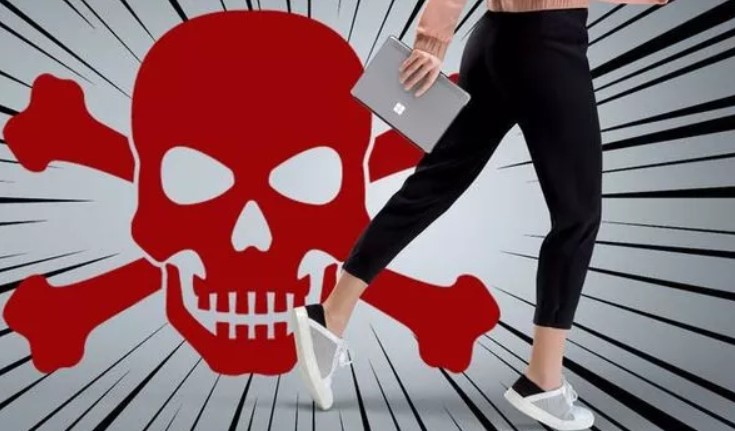 IF YOUR laptop or desktop computer is still running Windows 7, make sure you don’t login to your online banking portal, or you could lose a small fortune – that’s according to a stark new warning around Windows 7 end of life from the UK’s cyber security agency.

Security experts from GCHQ have wanted Windows 7 users not to login to their online banking – or even answer emails – from today. That’s because Microsoft will finally end its support for the once-ubiquitous desktop operating system today (January 14 2020), which could leave computers vulnerable to cyber attacks or dangerous software bugs.

Any show-stopping bugs in Windows 7 will not be patched. Likewise, Microsoft will not fight any widespread cyber attacks targeted at the operating system. Instead, it suggests users should upgrade the software on their machine to a version that is supported by the Redmond-based company. That’s to say – Windows 10.

The National Cyber Security Centre (NCSC), which is the public-facing arm of the GCHQ spy agency, issued the warning about the Windows 7 end of life. Roughly 440 million people are still using Windows 7 worldwide, despite the operating system first being released back in 2009.

A spokesperson for the NCSC has cautioned: “The NCSC would encourage people to upgrade devices currently running Windows 7, allowing them to continue receiving software updates which help protect their devices.

“We would urge those using the software after the deadline to replace unsupported devices as soon as possible, to move sensitive data to a supported device and not to use them for tasks like accessing bank and other sensitive accounts. They should also consider accessing email from a different device.”

According to the national security agency, hackers started to exploit Windows XP as soon as Microsoft ended its support back in 2014. Weaknesses in the system – left unpatched by the technology firm – meant that cybercriminals could steal sensitive details such as passwords and financial information.

As a result, it warns: “It’s crucial to move away from them as quickly as possible.”

If you’re still running Windows 7, there are a few options to consider. Microsoft has already confirmed that Windows 7 Professional and Windows 7 Enterprise users who have purchased Extended Security Updates (ESU) will still receive critical security updates for the next three years. So, if you’ve shelled-out for this extra, you can continue to use Windows 7 safe in the knowledge that any show-stopping bugs will be quashed by Microsoft.

To encourage users to upgrade to Windows 10, Microsoft offered the ability to upgrade for free to the next-generation operating system. The promotion started on July 2015 with the launch of Windows 10 and ended the upgrade offer – which worked for anyone running a legitimate version of Windows 7, 8 and 8.1 – through to July 2016. Microsoft told us that its free upgrade has long since ended, so those looking to get their machine up-and-running on Windows 10 will need to pay for a new version of the operating system. That’s not a cheap ask, given that Windows 10 Home edition costs £119.99 for a single license, which is valid for one PC. And that’s the cheapest available option. The price to upgrade your PC spirals to £219.99 for Windows 10 Pro and a jaw-dropping £339 for Windows 10 Pro for Workstations.

A spokesperson for Microsoft told Express.co.uk that it anticipates that most users will now switch to Windows 10 when they upgrade their PC. At £219.99 for the upgrade to Windows 10 Pro, Microsoft’s argument about moving to a new notebook, with all the benefits of a new display, trackpad, keyboard, and most importantly of all, battery – starts to make more financial sense than keeping hold of an old machine.

However, a huge number of readers have reached out to say that Microsoft’s upgrade tool – you know, the one that was supposed to have shuttered back in July 2016 – is still working. Unfortunately, we’ve yet been able to verify this claim, but if you have a valid license key for your current version of Windows 7, Windows 8 or Windows 8.1, it’s surely worth a shot?

A number of other online sources have also pointed to the fact that Microsoft is quietly enabling users with official builds of its older operating systems to make the transition to Windows 10 (and therefore avoid the risks of using an operating system that’s no longer supported).

In a statement, Microsoft said: “If you continue to use an unsupported version of Windows, your PC will still work, but it will become more vulnerable to security risks and viruses. Your PC will continue to start and run, but you will no longer receive software updates, including security updates, from Microsoft.”