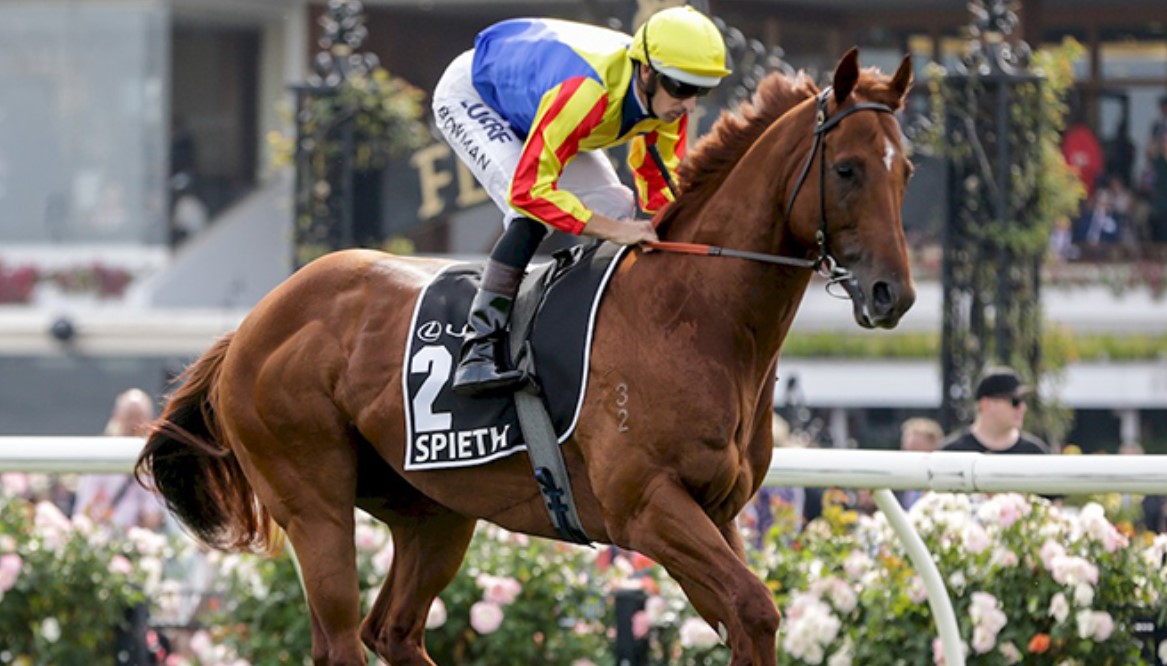 Breeding operation Aquis Farm is mourning the loss of its promising stallion Spieth.

The Group 1 placegetter’s death was confirmed on Sunday night after being found injured in his box that morning.

Spieth, who was set to stand for $8,800 in 2022, had started to see some success on the racetrack, siring two stakes placegetters.

“It is with a heavy heart that Aquis Stallions announces the passing of exciting young sire Spieth,” a statement read.

“Spieth has been a much loved member of our farm since purchased in late 2017. He provided us and his ownership group with a great deal of excitement and pleasure.

“His burgeoning stud career has all of us looking forward to witnessing the legacy he leaves behind.”

On the racetrack Spieth was a star sprinter for trainer Bryce Heys, twice falling agonizingly short of Group 1 success.

However he was strongly supported again last season with 129 after his progeny started to make it to the race track.