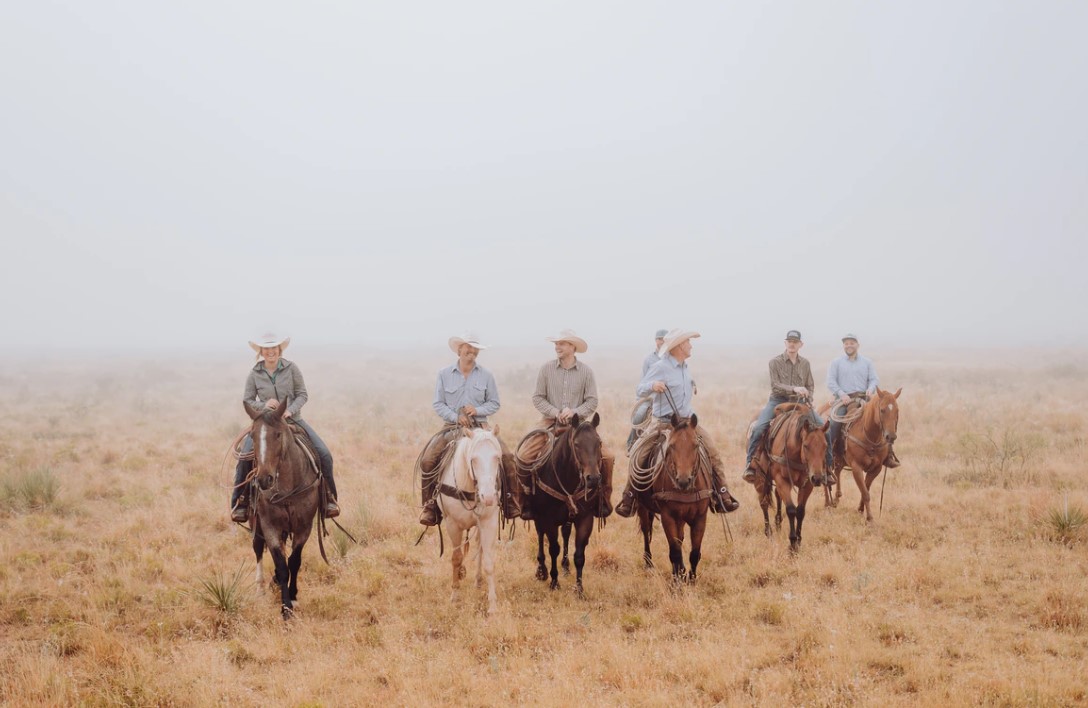 Kent and Susan Gillespie run a breeding operation of about 15 head of dun and roan Quarter Horses, plus 85 Black Baldy cattle on their high-mountain ranch in Mayhill, New Mexico, which is in the south central part of the state.

The horse ranch is surrounded on all four sides by thousands of acres of Lincoln National Forest, known as the birthplace of Smoky Bear. The best part? The Gillespies lease 15,000 of those acres for their cattle operation – and unparalleled trail riding.

For guests, the Gillespies have 12 recreational-vehicle hookups for six rigs, plus 12 covered, 15-by-15-foot pipe stalls and a large hay barn for visiting horses. They plan to have guest cabins by next summer.

Nearby is the delightful town of Cloudcroft, which offers Western atmosphere. Farther up the road is Ruidoso, which provided more good restaurants, entertainment, and shopping.

Flora, Fauna, & Fun
The ranch is set at 7,000 feet, and is surrounded by ponderosa pine, some pinon, spruce, and pin oak. As it’s in a protected area, there’s an abundance of wildlife. We sighted bald eagle, red-tail hawk, a bobcat, numerous elk, mule deer, chipmunks, hummingbirds, and coyote. Also in the area are the endangered spotted owl, black bear, and puma – although the Gillespie hound dogs keep the predators at bay.

And there are wild mustangs at the ranch! Last year, Kent and Susan rescued 10 of them near the appropriately named Wild Horse Canyon.

The Gillespies don’t have e-mail, a website or cell phones, but they do have electricity. Every night, we watched the best of old cowboy movies, such as Monte Walsh, from their video collection. We also played poker, ate watermelon, and sat on the porch looking for elk and enjoying the diamond-lit night sky.

The Gillespies both team rope, with Susan heading. Kent, an old bronc buster, says Susan can rope better than him and most men. She’s also the one who starts their young colts and looks after the cows. The cows eat out of her hand, which disappears down their throats as their long tongues wrap around her wrists for the range cubes.

The Gillespies are frontier pioneers of the 21st century, building a ranch and a home from raw, gorgeous land. They’re doing the opposite of what most ranchers are doing now. That is, rather than selling out pieces of their land until the large ranches are gone, they’re buying chunks adjoining their ranch to build a larger ranch – an admirable goal. Their place feels warm and welcoming; they’re honest and forthright in their dealings.

Gaiting the Canyons
The trails at Gillespie Ranch are beautiful and quite moderate in difficulty. There aren’t as many rocks as there are other places in New Mexico, such as on the trails along the Penasco River, where we’ve been other times. Long stretches of dirt cover a forestry logging road and cattle trails.

On our gaited horses, we rode up Latham Canyon and over the mountain to my favorite place, Three Mile Canyon, which has long dirt roads. We helped Susan drive 13 cows and calves back to the main herd at the top of Walker Canyon. We also rode the striking Upper Claim Canyon, Wet Burnt Canyon, and Long Canyon.