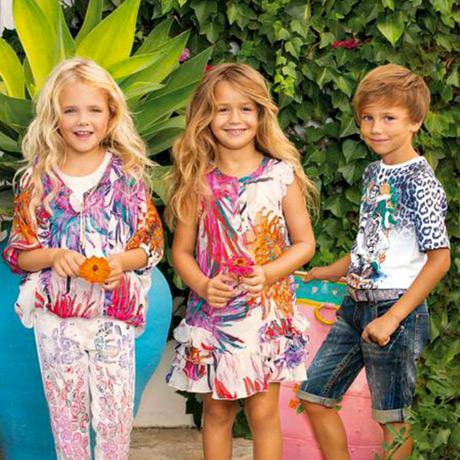 Roberto Cavalli was born in Florence, Tuscany. His grandfather, Giuseppe Rossi, was a member of the Macchiaioli Movement, whose work is exhibited in the Uffizi Gallery. Cavalli enrolled at the local Art Institute, concentrating in textile print. While still a student, he made a series of flower prints on knit that caught the attention of major Italian hosiery factories.

In the early 1979s, he invented and patented a printing procedure on leather, and he started creating patchworks of different materials. He debuted these techniques in Paris, immediately getting commissions from the likes of Hermès and Pierre Cardin. At age 32, he presented his first namesake collection at the Salon for Prêt-à-Porter in Paris. He brought it to the catwalks of the Sala Bianca of Palazzo Pitti in Florence, and later on those of Milano Collezioni, jeans made of printed denim, intarsia leathers, brocade, and wild prints. He then opened his first boutique in 1972 in Saint-Tropez.

Cavalli has five children: Tommaso and Christiana from his first marriage, and Robert, Rachele, and Daniele from his second marriage