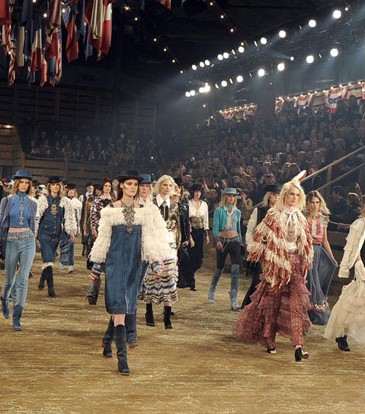 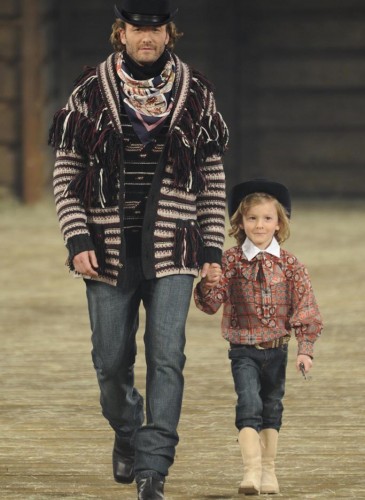 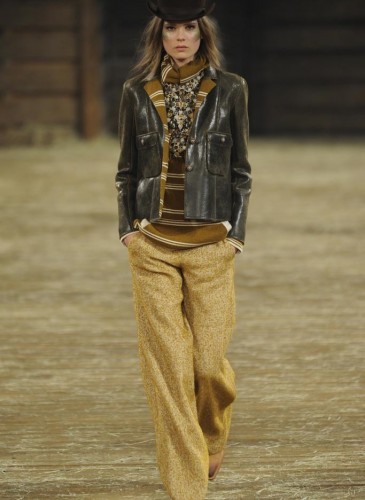 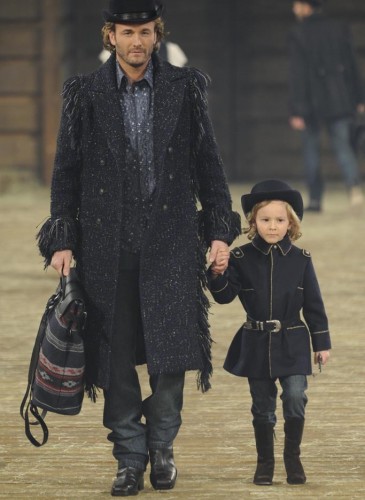 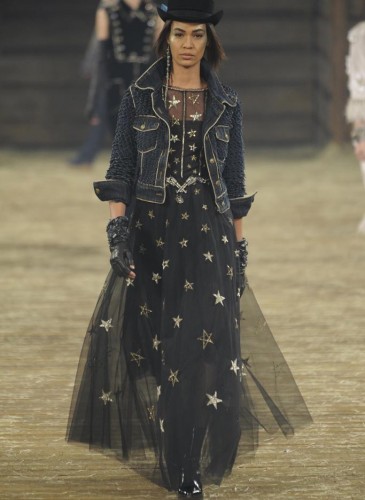 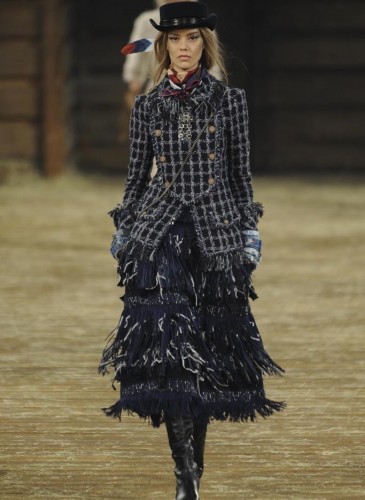 Chanel turned one of the halls at Fair Park, Dallas’ Art Deco exhibition venue, into a barn for the night, complete with a hay-scattered runway. Models in Western-style hats and boots wore outfits adorned with fringe, leather and feathers. The final model was dressed in an all-white ensemble that included fringed pants and a floor-grazing feather headdress.

Lagerfeld said after the show that he was inspired by “the idea of the old Texas, even before the Civil War.” He noted that his cowboys were “not typical cowboys, they are transposed, very sophisticated.”

Many of the outfits included Native American-inspired prints, with most of the models wearing a single feather in their hair. Denim also made frequent appearances on the runway.

For more than a decade, Lagerfeld has picked a city linked to the fashion house for the theme of the show staged each December to highlight the work of its artisans.

Chanel founder Gabrielle “Coco” Chanel visited in Dallas in 1957 at the invitation of Stanley Marcus, head of Neiman Marcus, the Dallas-based luxury retailer founded by his family. She was given a warm welcome in the city – picked up at the airport in a white Rolls-Royce and feted at a Western-themed party complete with a catwalk featuring cows.

Tuesday evening’s festivities began with the premiere of a 20-minute film written and directed by Lagerfeld titled, “The Return,” that retraced the steps of Coco Chanel as she reopened her Paris couture house in 1954 after shuttering it as Europe entered World War II.