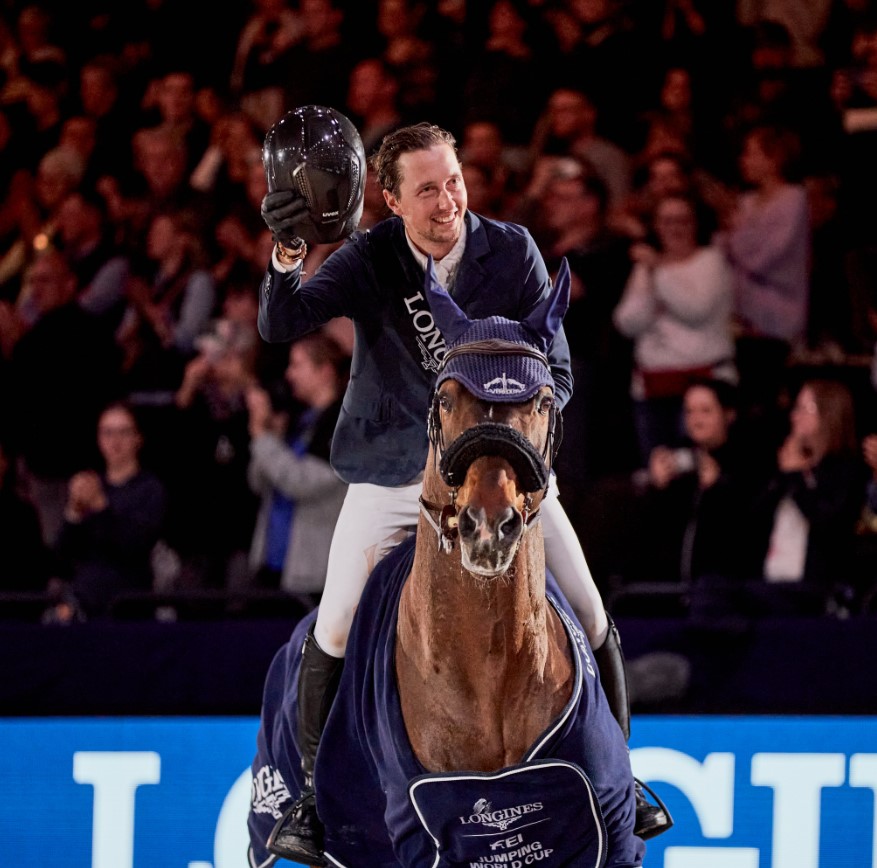 Switzerland’s Martin Fuchs was rightly proud when standing top of the podium as winner of the 2022 Longines FEI Jumping World Cup™ Final in Leipzig, Germany, today. He came so close to clinching the trophy at the 2019 final when he finished behind his compatriot and three-time champion Steve Guerdat. “I’ve been a couple of times second in championships, and you obviously have it in mind you could be second again with the best riders in the world coming after me today,” Fuchs said.

But in the end he, and his trusty steed Chaplin, were the only ones in the leading pack to stand firm in the closing stages. Chaplin, a 15-year-old KWPN stallion (Verdi TN x. Concorde), gave him everything, and more over two rounds of tough jumping in which only three of the 30 starters left both courses intact. The other two were The Netherlands’ Harrie Smolders and Monaco, who claimed the second step of the podium, and Sweden’s Jens Fredricson who finished third with Markan Cosmopolit.

How The Day Unfolded

America’s McLain Ward held the lead as the final day began, but a first-round error with Contagious left the 2017 champion vulnerable. He shared a four-fault tally with Smolders as the second round got underway. Fuchs stalked the two of them carrying just five and along with young British star Harry Charles riding the 13-year-old Zweibrücker Romeo.

But a pole off the first element of the triple combination saw Charles lose his grip. When Smolders’ 13-year-old Holsteiner gelding Monaco clipped the following vertical, Fuchs continued to move up the order.

In the second round, Ward had no leeway as last to go. When his 13-year-old Zangersheide gelding lowered the middle element of the triple combination and also the white planks three fences from home, Fuchs became only the fourth Swiss rider in the history of the FEI Jumping World Cup series to hold the trophy aloft.

He rode Chaplin in Thursday’s first competition but swapped for The Sinner in Friday’s second leg. “After having a rail down on Friday, I wasn’t so sure I had made the right plan. But then I was still sitting in third place so I thought two clear rounds with Chaplin on Sunday and we’ll be on the podium.

“That I end up winning this prestigious and historical competition obviously is a dream come true. All the best of the best riders’ names are written on this trophy and now to add mine is fantastic!” Fuchs said. He is the second member of the Fuchs’ family to win it. His uncle Markus Fuchs took the title with the brilliant Tinka’s Boy back in 2001.

Talking about losing his lead in Friday’s competition but somehow holding on for victory, Fuchs said, “When I came out on Friday, I walked to the warm-up and was pretty upset, but then Steve said, ‘Congratulations. Now you must win on Sunday after what you did today!’ In hindsight when I looked at the video of my round, I was very happy, though obviously I was a bit lucky that I ended the course with these four points. It was a good plan that Chaplin had two days of rest and came back today to produce two clear rounds.”

Today was Smolders’ second time to finish in runner-up spot. His last was partnering Emerald in 2016 when Guerdat posted the first of his three wins. But the Dutchman was delighted with his horse this afternoon. “This was his first championship, and I wasn’t sure how it would be. We knew he could do it one day, but over three days it’s a totally different story. He was coping with it very easily so I think this won’t be his last championship,” Smolders said.

Meanwhile Jens Fredricson also had plenty to celebrate. The older brother of Swedish phenomenon Peder Fredricson never touched a pole today. Although others may have been surprised to see him on the podium, he wasn’t a bit surprised himself. He was lying ninth as the day began, and he and his horse, Markan Cosmopolit, were in spectacular form.  “I had great expectations actually, and I enjoyed every second, it’s fantastic to be here doing what I love!” he said.

He describes himself as a “hobby rider” but his CV would suggest he’s long been a serious contender with a lifetime of international successes behind him. “I work at Flyinge and Stromsholm. I’m responsible for the next generation of riding instructors in Sweden,” he explained.

His last time at an FEI World Cup Final was on home ground in Gothenburg in 2013, and he admitted he’s made quite a few changes to his riding style since then. This is partly due to the influence of Peder.

“I had the advantage of watching him going up to World No. 1. We talked almost every day, so even if I wasn’t at the shows I was there mentally. I followed his thinking and his development and I tried to do the same things. I’ve changed a little bit my approach to the fences, and I now have a horse with very big scope. So I can sit a bit more still and have a better style. Before I used to throw my heart over and then we went over together. Now when I look at the videos of my riding and it looks quite OK! I’m blessed that I have such good contact with my little brother. One of the most fantastic things in our sport is that I’m 55 years old and getting better every day. If I was running 100 metres, I would be less good every day!” he said with a laugh.

He also pointed out how great it is to see the younger generation rising through the ranks. “You want young riders coming up. There are some in their 20s like Jack [Whitaker, GBR] and Harry [Charles, GBR] and others. It’s important to have positive young riders coming along with good horses. That’s how the sport develops and gets better,” he pointed out.

Fuchs: Rarely Off The Podium

Fuchs of course is one of those, not yet 30 but already one of the very biggest names in the sport. Over the last five years he has rarely been off the podium at any of the majors. He took individual silver at the FEI World Equestrian Games in 2018, was runner-up at the last World Cup Final in 2019 and followed that with an individual European gold that same year. He took team gold and individual silver at the FEI European Championships in 2021. Today he topped all that by taking the trophy every rider treasures, the Longines FEI Jumping World Cup.

And he did it with the big, brave and charming Chaplin, who he calls “the horse of my heart!” Many of the Swiss rider’s biggest wins were achieved with his brilliant gray Clooney, whom he describes as “a superstar and the most talented horse I’ve ever had.” But Chaplin is also super-special.

“He is just the biggest fighter. He doesn’t have the ability that Clooney has, but at the end he always gives everything. It was nice in the past few weeks because we got a lot of photos of his first foals because last year he started breeding with some mares. So in the last two weeks we have a lot of pictures of new Chaplin babies so that was exciting. And now to come here and win the World Cup Final with him … ”

For sure that is a dream come true. 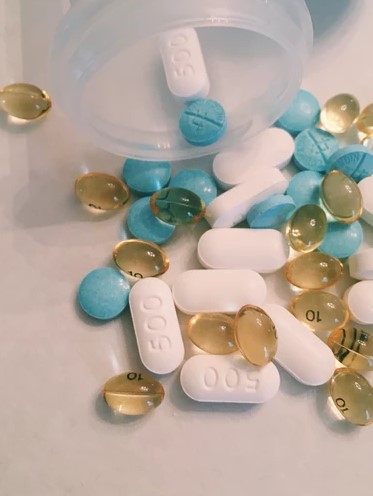 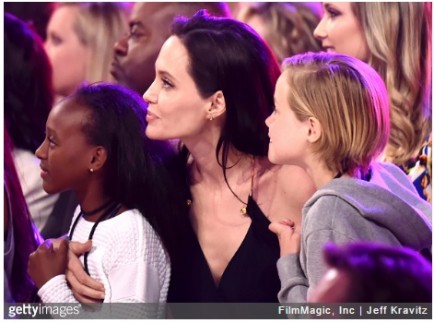 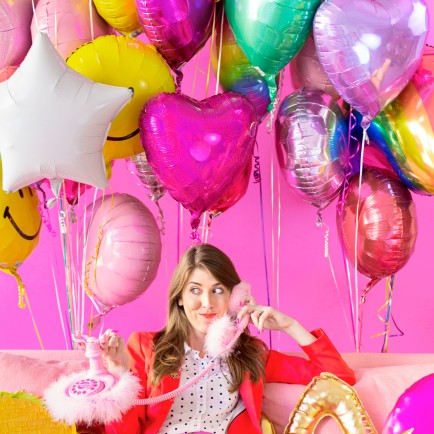 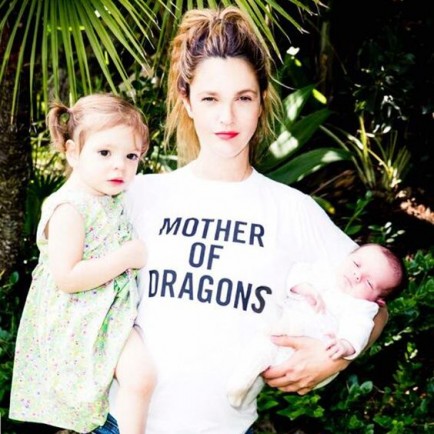 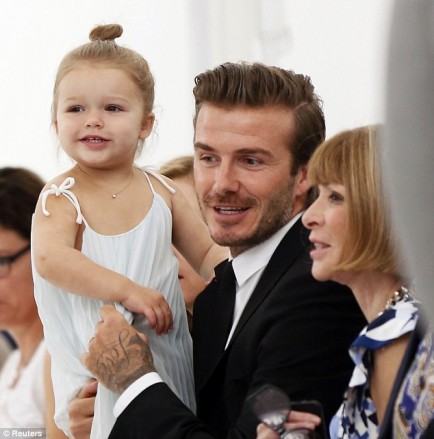