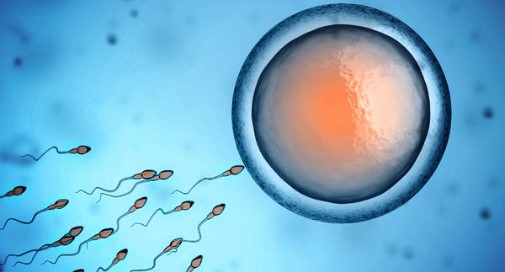 The science behind sex selection

Fertility specialists have the ability to create and identify embryos of either sex. However, it is illegal to choose your baby’s gender in the UK, unless there’s a medical reason for it. You can only legally choose your baby’s gender in the UK if you have a serious genetic condition that you risk passing on to your children and only affects one of the two sexes. Only pre-implantation genetic diagnosis (PGD) has been approved as a technique which does this. So you can’t medically intervene with conception just to balance your family, or for social or cultural reasons.

There are some cheap, safe techniques that you can try in the privacy of your own home, though they’re pretty unreliable. You could experiment with sex-selection kits or try folklore methods, such as eating more meat if you want a boy! You’ll only qualify for PGD if you have a serious genetic disorder such as haemophilia or cystic fibrosis. PGD reduces the chance of your baby suffering from the same condition, partly by testing for the genes which carry it. If you think you are eligible for PGD, your case will be decided by the Human Fertilisation and Embryology Authority (HFEA).

PGD is an in vitro fertilisation (IVF) technique. At the fertility clinic, embryos are created from your eggs and your partner’s sperm. After these are screened, a specialist implants one or maybe two embryos in your uterus (womb). Gender as well as genes can play a part. The condition Duchenne muscular dystrophy, for example, usually only affects boys. A disease such as haemophilia almost always passes from mum to son. In these circumstances, your doctor would just use a girl embryo. He wouldn’t need to test for specific genes as well.

Your clinic will probably offer to freeze any spare embryos. You can then use these if you suffer the distress of a miscarriage, or if you’d like to have more children later on. These days, using frozen embryos is almost as reliable as using fresh embryos. There’s also growing evidence that frozen embryos result in pregnancies with fewer complications than those that come from fresh embryos. It is also less invasive, and cheaper than another cycle of IVF.

PGD is expensive, and the NHS has a limit on the number of couples that it can fund. If you have it done privately, each IVF cycle costs an average of £5,000, and this doesn’t include the bills for consultations, tests, and drugs. PGD costs even more than that – up to £8000 per cycle, plus drug costs of up to £2000. Not all fertility clinics in the UK are licensed to carry out PGD. The HFEA clinic search tool can help you to find a clinic that does. This is when doctors try to separate male from female sperm. Sperm sorting is illegal in the UK, but the service is offered, for a considerable fee, in some other countries.

The most-used technique is flow cytometry. Its accuracy is thought to be about 93 per cent for girls born using this method, and 85 percent for boys. Flow cytometry works by adding a fluorescent dye to your partner’s sperm sample. Experts can then tell male from female by seeing how the dye binds to the genetic material in the sperm. Once sorted, you can then be inseminated with the chosen sperm using relatively cheap intrauterine insemination (IUI). There’s no guarantee of success with sperm-sorting, and IUI is not as effective as in vitro fertilisation (IVF).

There are two theories about whether this is possible: the Shettles method and the Whelan method, both named after the person that devised them. There’s a third method which combines timing theories with observations of your cervical mucus – the Billings method. Bear in mind that these methods are theories rather than proven techniques. You may decide to try one method if you understand your cycle well enough. But bear in mind that, whichever method you try, you always have approximately a 50:50 chance of conceiving a baby of the gender you’d like.

Dr Landrum Shettles developed this theory in the USA in the 1960s. It’s based on the idea that male sperm move faster, but don’t live as long as female sperm. So if you want a boy, you should aim to have sex as close as possible to ovulation, as the boy sperm will beat the girl sperm in the race to the egg. If you want a girl, you need to have sex two days to four days before you ovulate. Use our ovulation calculator to find out when you’re likely to be ovulating. Shettles claimed that it’s 75 per cent effective for girls and 80 per cent effective for boys.

The Whelan method contradicts the Shettles method. It suggests that biochemical changes earlier on in your cycle favour boy-producing sperm. So if you want a boy, you should have sex four days to six days before you ovulate. If you want a girl you should have sex two days to three days before you ovulate.The Billings method complements the Shettles method. It says you should time having sex around the look and feel of your cervical mucus.

For a girl, the idea is that you have sex at what they call the ‘pre-peak stage’ before ovulation (thicker and stickier), and then don’t have sex again for that cycle. For a boy, you should wait for the ‘post-peak stage’ closer to ovulation (thin and clear). An African study of the Billings method reported a 95 per cent success rate. DIY kits that claim to help with sex selection are based on the Shettles theory. Separate girl and boy kits cost about £100. They include instructions, a basal thermometer, ovulation predictor test sticks, supplement tablets, and douches that are supposedly gender-specific. Not surprisingly, the manufacturers commonly claim success rates of over 90 percent. But there’s no reliable scientific evidence to back up these claims.