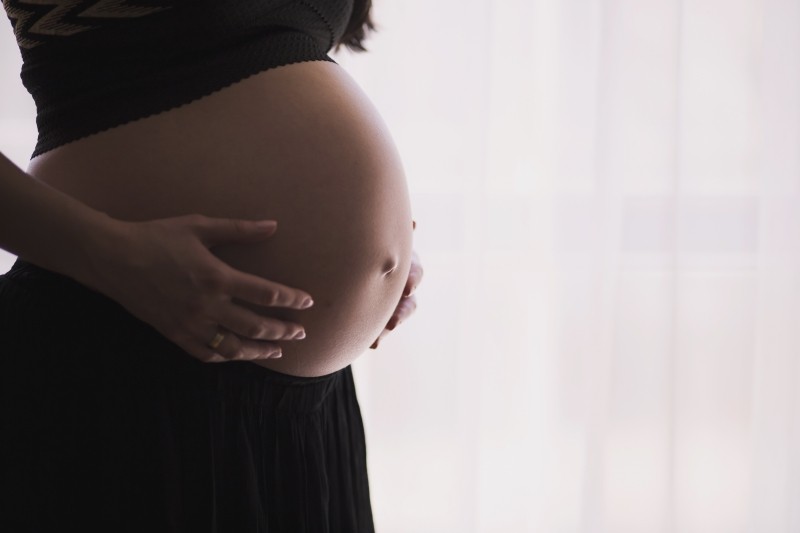 Symptoms Before Going Into Labor

When is my baby coming? Pregnant women ask themselves, so here are few symptoms you may experience during the period leading to your baby’s birth.

■ Lightening (“dropping”): The term “lightening” refers to a descent into the pelvis that causes the abdomen to protrude at a lower position than before, resulting in a sense of reduced pressure and crowding in the upper abdomen.

What most pregnancy books fail to tell you is that it is a very subjective phenomenon (in other words, you and your best friend could have your babies shift position in exactly the same way, but only one of you might actually notice any corresponding change in physical sensations) and it is not experienced by all women, first-time mothers or otherwise, to the same degree — or even at all. Once lightening has occurred (be it a few weeks prior to the onset of labor or as labor starts), you will carry your baby differently: your breasts will probably no longer touch the top of your abdomen, and you may find it easier to breathe.

On the other hand, because the baby is now being carried in a much lower position than previously, you may experience an increased urge to urinate. Note: The term “lightening” is often used interchangeably with the term “engagement” — even though the two terms mean totally different things. Engagement is a measurable and detectable event that occurs when the leading bony edge of the fetal head descends into the pelvis and reaches the level of the ischial spines (at which point the baby is said to be at zero station).

■ Increasing pressure in the pelvis and rectum: You may experience crampiness, groin pain, and persistent lower backache. These symptoms are likely to be more pronounced if this is your second or subsequent birth. One fourth-time mother describes the sensation as being like carrying a bowling ball around in a sling — the sling, of course, being your justplain- weary pelvic floor muscles — the collection of muscles that support the pelvic organs.

■ Slight weight loss or reduced weight gain. Your weight gain may taper off at the end of your pregnancy despite adequate nutrition and continuing fetal growth. (Blame it on the biochemistry of pregnancy and plain old-fashioned water retention.)

■ Fluctuating energy levels: Some pregnant women feel fatigued to the point of exhaustion during the last few weeks of pregnancy. Others get a sudden burst of energy (often referred to as a “nesting instinct”) that makes them want to clean out closets, organize the baby’s room, and generally go a little crazy preparing for baby’s arrival. Just a quick word of wisdom from all the mothers who have been there: Even if it kills you, force yourself to rest and relax. You don’t want to be feeling burned out and exhausted by the time the first contraction hits.

■Passage of mucus plug: Anytime from a few days before to the onset of labor, the mucus plug — the wad of thick, sticky, sometimes blood-tinged mucus that seals off the cervix during pregnancy and protects your baby from infection — may become dislodged as your cervix begins to dilate. Despite what other pregnancy books may tell you, the loss of your mucus plug is not helpful in predicting with any accuracy the timing of the onset of labor.

■ Pink or bloody show: As the cervix effaces and dilates, capillaries on the surface of the cervix may rupture, causing a small amount of bleeding. For the majority of women, this is a strong indication that labor is hours — or at most a few days — away.

■ Increasingly painful Braxton Hicks contractions: The so called “practice contractions” of pregnancy become stronger and more frequent. Some women find that they are every bit as painful as real labor contractions.