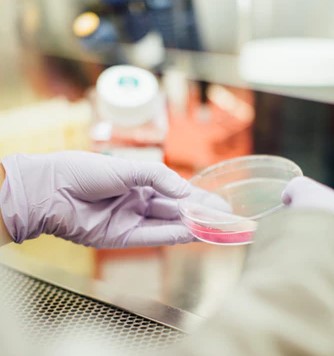 Genes detected in antibiotic-resistant superbugs in the High Arctic originated in India, a new study finds.

A total of 131 genes associated with resistance to antibiotics were discovered by a team of scientists, with one of the genes first found in New Delhi in 2008.

The genes were discovered in soil samples from the Kongsfjorden region, a remote place in the High Arctic, according to the study published Monday in the journal Environment International.

“The only way these genes could have got there is either though traveling wildlife or through traveling humans,” lead researcher David Graham, professor of Ecosystems Engineering at Newcastle University in the United Kingdom, told CNN.

There has been increasing urgency to tackle antibiotic resistance as drug-resistant bacteria are expected to kill 10 million people a year by 2050.

Scientists estimate that around 70% of bacteria that cause infections are already resistant to at least one antibiotic used to treat them, largely fueled by their overuse.

Last week, UK Health Secretary Matt Hancock said drug-resistant superbugs are as big a threat to the world as climate change or wars, and he unveiled a five-year action plan for the UK.

Graham and his international team agree with global strategies to combat antibiotic resistance that target minimizing their use, but as a result of their study, they also believe “just reducing the use of antibiotics will not in itself solve the problem.” The new finding “suggests that the pathways by which resistance spreads may be more related to the environment,” Graham said.

In 2013, the team collected 40 soil samples from eight locations in Svalbard along the Kongsfjorden region — a remote island with no agriculture or industry but a small human settlement and wildlife. The testing grounds included soil types found in places such as tundra, a cold-climate landscape with shrubs, and polar desert, characterized by flat plains that can include snow dunes and icebergs. DNA from the samples was extracted and screened.

All soil samples were shown to contain antibiotic resistant genes, totaling 131, according to the report. But one set of genes, blaNDM-1, confer resistance to multiple drugs, including a last-resort class of drugs used to treat severe infections, known as Carbapenems.

Though genes were identified in the soil, resistant bacteria were not detected.

The levels observed pose no health threat in the region studied, write the authors, but show how fast antibiotic resistance can travel around the globe, the report finds.

“Less than three years after the first detection of the blaNDM-1 gene in the surface waters of urban India we are finding them thousands of miles away in an area where there has been minimal human impact,” Graham said. The gene originating from South Asia “is clearly not ‘local’ to the Arctic.”

Another important finding in the Arctic was the gene pncA, which leads to resistance to the drug Pyrazinamide used to treat multiple-drug resistant tuberculosis. It was the fifth most abundant gene in all soil samples studied, found in all eight sample regions, according to the report.

The genes found were likely spread through fecal matter by humans or wildlife, according to Graham. Finding these genes in one of the most remote places on Earth shows that “all it really takes is one person or one animal to carry the gene somewhere where there is inadequate sanitation,” he said.

Genes can appear almost anywhere, Graham explained, but once an antibacterial resistant gene gets into the water supply or food supply due to lack of sanitation, it “might leap around the world.”

The team’s findings of antibiotic resistance genes don’t mean that there are superbugs present in the High Arctic, stressed Graham, but, rather it tells us that this particular environment has the potential to express that gene.

The researchers explain that understanding how transmission through water and soil occurs is crucial. Clare McCann, research associate at Newcastle University and co-author of the paper, said in a statement that “improved waste management and water quality on a global scale is a key step.”

Around 38% of health facilities in the developing world don’t have water, and one in three people around the world don’t have toilets, Carvalho said, who was not involved in the research. “In this instance, the genes from the superbug appear to have spread from a patient to a water source — most likely through sewage contamination — and then halfway around the world.”

“To combat antimicrobial resistance we must tackle this silent crisis and make sure every health care facility has clean, safe water, decent toilets and soap and water for handwashing, and that everyone everywhere has access to clean water and decent toilets and hygiene at home.”