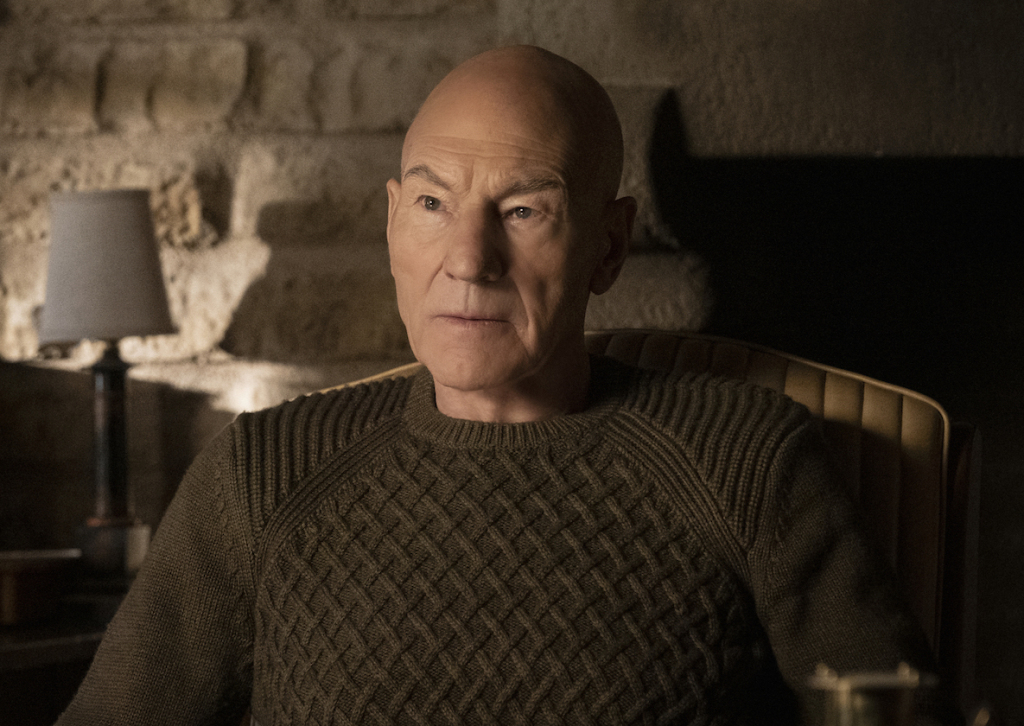 We haven’t seen Star Trek captain Jean-Luc Picard on screen in nearly two decades, and he’s changed quite a bit in that time… and so has the actor playing him.

“One of the reasons he’s different is that Patrick Stewart has also aged 20 years,” the 79-year-old Stewart, who returns as Jean-Luc in CBS All Access’ Star Trek: Picard (debuting this Thursday, Jan. 23), tells TVLine. “And that is a significant difference, not only in my physical life, which is OK,” he adds, with a knock on a nearby wooden table, “but [my] emotional life, internal life. You get to a point where your view of the future becomes somewhat adjusted by how far away the future might be.”

That torment stems from Picard’s ugly split from Starfleet, which we learn occurred in the years since Stewart’s last appearance as Picard, in the 2002 film Star Trek: Nemesis. “In looking back at his regrets, Picard says, ‘I let the perfect be the enemy of the good,’” executive producer Alex Kurtzman hints. “He held, as he always has, such a high moral bar for how to behave in complicated gray areas. Then when he felt that Starfleet didn’t act in that interest, he took his toys and went home.” He adds that Picard is “still very much the Jean-Luc that we know from Next Generation” in many ways, “but he is much more broken. And he no longer has an armada behind him… It’s very easy to be the great man who faces complicated choices when you have an army behind you. It’s much harder when you don’t.”

Picard springs back into action, though, when he’s approached by a young woman (played by Isa Briones) who is desperate for his help. His eagerness to help her “is all about the guilt he feels over the loss of [Picard’s Next Generation pal] Data [in Nemesis], the guilt he feels over not helping as many people as he could have, about leaving Starfleet,” EP Heather Kadin notes. He’s still “wrestling with the choices he made. Were they the right ones? Were they not? They were probably the right ones at that time for who he was as a person, but now, twenty years later… [he] can go back and change them.”

The former Enterprise captain is also “in a very different place in his life,” according to EP Michael Chabon, when we catch up with him in Picard. In fact, according to Trek canon, Jean-Luc is now 92 years old, and more likely to sip wine on his French vineyard and hang out with his dog — named Number One, natch — than mix it up in a fistfight. (Amusingly, he actually ducks out of a gun battle in the Picard premiere.) “One of the great things about Patrick is that he has no vanity about what he wanted to do here,” Kurtzman says, “and we all agreed that it would be absolute bulls–t for us to throw him into the middle of action and pretend that he’s 22 years old… So he has to behave like a 92-year-old, by the way, with a bad heart. It was very much a deliberate choice to sideline him in the action.”

But Jean-Luc isn’t afraid to step up when times get tough, Kurtzman teases: “You’ll see in later episodes, even if he knows he can’t win a fight, if it’s the right fight, he’ll throw down. He may not get there, but he still has the fire that he had when he was younger.”