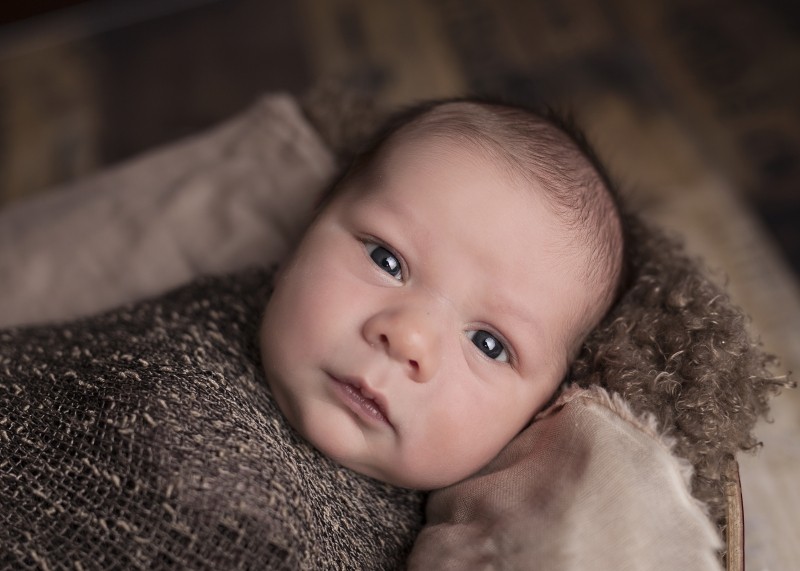 Getting your baby into a routine with regular naps, feeds, and fun activities can make life easier for both of you. So here are seven great ideas for creating a routine that works for you and your baby.

Many babies mix up their days and nights at first. You may find that your baby sleeps for long stretches during the day, only to perk up at night-time. Helping him learn to tell day from night is an important step towards a workable routine.

Change your baby’s clothes before bed, and again when he wakes up to show him when the day ends, and when a new one begins. Keep your house bright and noisy during the day, but dim and quiet at night. You should also talk to your baby as little as possible during night feeds.

These changes will give him a chance to learn that night’s for sleeping and daytime’s for socialising and playtime.

You can start to establish a predictable bedtime routine from about two months. This will teach your baby to go to sleep at the same time each night, although it may take a while for him to catch on!

Consistency is key to a successful bedtime routine. Try to come up with one that you and your baby can depend on night after night, and keep it as simple as possible. For example, you could try:

It doesn’t matter if feeding lulls your baby to sleep in the early months. But by three months or four months try to put him down when he’s sleepy, but still awake. This will help him learn how to fall asleep on his own.

Don’t let the routine go on for longer than about 20 minutes to 30 minutes. After this, your baby may become over-stimulated, and you’ll have to start all over again.

Let your baby be your guide to the routine that’s best for him. If you read his cues, he’ll tell you what he needs.

Learning what your baby wants takes time and patience though. Try making a note of when your baby gets tired, hungry, or is ready to play. This record will help you to create a routine that works for him.

As you see patterns emerging, you’ll be able to anticipate his needs. For example, if you spot the signs that your baby’s getting hungry, you can give him a feed before he becomes too grumpy and fussy.

It’s best to keep your baby’s routine as consistent as possible, especially while he’s still getting used to it. By making your baby your number-one priority, you’ll help him to understand that certain things happen at particular times.

A routine may also help you to keep a focus and an order to the day, amid the chaos of constant feeds and nappy changes!

Of course, life with a baby is busy and you won’t always be able to anticipate every disruption. While it’s only natural to worry, changing things for an afternoon isn’t going to undo your good work. However, you may want to introduce a daily outing, such as going to a play group or visiting friends, to get your baby used to being out and about, and meeting new people.

The idea of always putting your baby’s routine first can be daunting, especially for first-time mums. So don’t be afraid to ask for help from your friends, family or heath visitor if you need it.

Your baby will accomplish so much in his first year. He’ll nearly triple his weight, and you’ll see him achieve major developmental milestones like sitting, crawling, and maybe even walking.

There’ll be times when your baby grows and ticks off milestones faster than others. And you’re likely to be in for some disruption to his routine during these growth spurts.

He may be particularly likely to have a growth spurt at:

During these times, he may sleep for longer, or he may wake up more times a night. You may also find that he’s hungrier than usual.

It’s normal to feel a bit disheartened if the routine you’ve perfected just doesn’t seem to work any more. It’s completely normal for things to go a bit awry during a growth spurt though. Your baby will probably settle back into his usual routine within a week or so.

If he doesn’t pick up his routine again, try making a few adjustments to accommodate his new skills and needs. For example, if he’s just learned to sit up, he may prefer a bath support that allows him to be more upright.

Once you’ve got into a predictable pattern with your baby, it may feel like no time at all before it’s time to change it again! As your baby gets older, he’ll need fewer daytime naps and more playtime and stimulation.

At about six months, he’ll also need to start eating solid foods. You’ll need to allow more time for preparing his meals, and probably cleaning up too!

As you learn your baby’s cues these routine changes will seem more natural. If you find it difficult to find a routine that suits his age, your health visitor will be happy to give you some pointers.

Your baby’s routine won’t always run like clockwork. Although babies like consistency, you can expect changes from day to day and as your baby grows.

Sometimes, for whatever reason, your baby will want to skip a nap, have an extra feed or wake up early. This could just be a one-off, or it may be linked to a new tooth coming through or a minor illness like a cold.

Life will get in the way too. Holidays, siblings and plans with friends and family will all play a part in daily life with your baby. An occasional break shouldn’t cause too much disruption to your baby’s routine. Just pick up as usual when you can, and remember that every mum faces the same challenges. You aren’t alone!