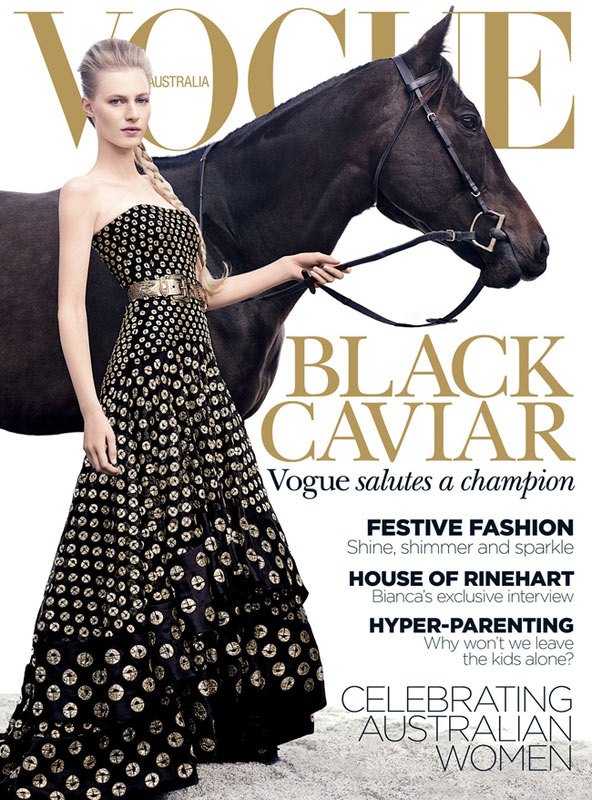 The relationship between horses and fashion has a long history. Horse and clothes always have been recognized as stylish and majestic.  Likewise, equestrianism has had a lasting effect on fashion. Take for example beautiful suits and skirts which was worn in 1700. and all huge hat which was shown during racing events. Or during the hunting events in England knee-high boots, the gloves, whip, and spurs….
Embed from Getty Images

The five-day meeting is one of the highlights of the horse racing calendar. Horse racing has been held at the famous Berkshire course since 1711 and tradition is a hallmark of the meeting. Top hats and tails remain compulsory in parts of the course while a daily procession of horse-drawn carriages brings the Queen to the course.

The 92-year-old monarch still regularly rides in Windsor and she has often been photographed with horses throughout her long reign. Riding aside, the Queen enjoys watching races and makes appearances at prestigious events in the racing calendar. Meanwhile, generations of royals share the Queen’s passion, including her daughter Princess Anne and granddaughter Zara, who have both represented Great Britain at the Olympics. Prince George and Princess Charlotte have also taken up horseback riding classes. 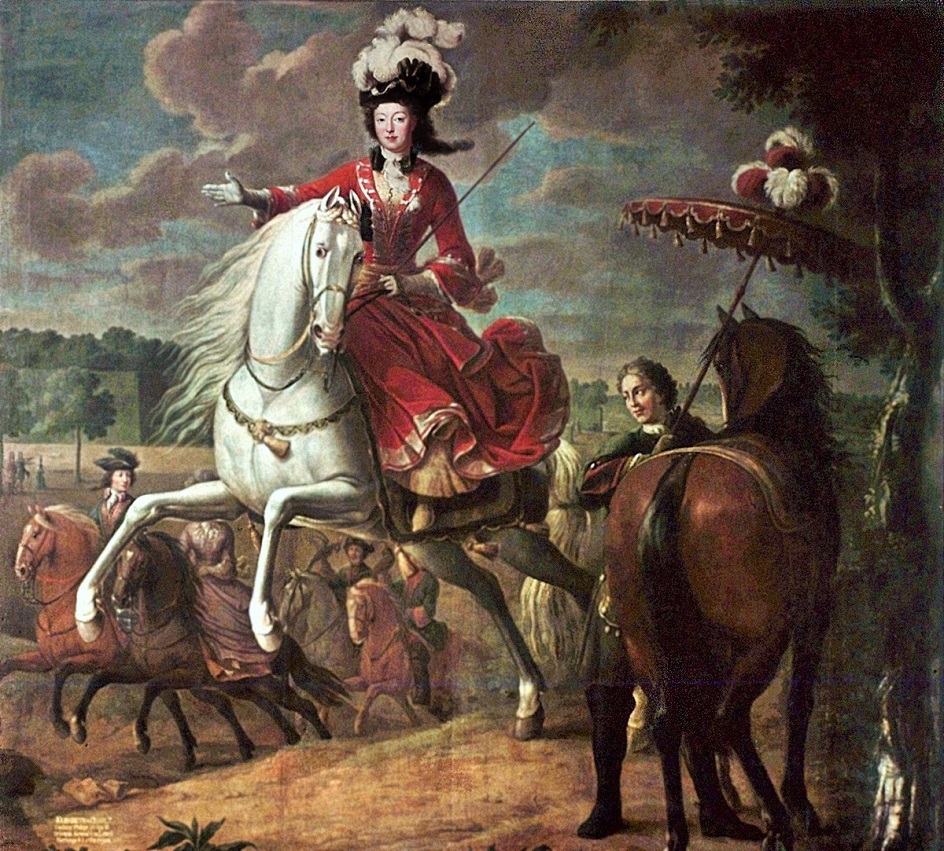 In the eighteenth century, women rode in sidesaddles wearing fancy dresses or skirts. The jackets that males wore during military was copied by women, this is why you can see a lot of ornaments, gold, the top half of women´s clothes were very similar to men’s military but of course bottom was a very heavy skirt with a lot of frills to protect from falling and showing what we should not see.  At this time, special dressmakers made the clothes for women and the dresses were very fancy. we can say that it was Haute Couture for the eighteenth century.

End of the 19th century brought us pants for women, but they were still riding sideways. Fashion wasnt tis much colorful. we can see tweeted jackets for man and women.

In the first episode of the final season of Downton Abbey, Lady Mary Crawley tells her father that riding astride a horse is safer than riding side-saddle. Safer, natch. this was a huge moment for fashion and riding. 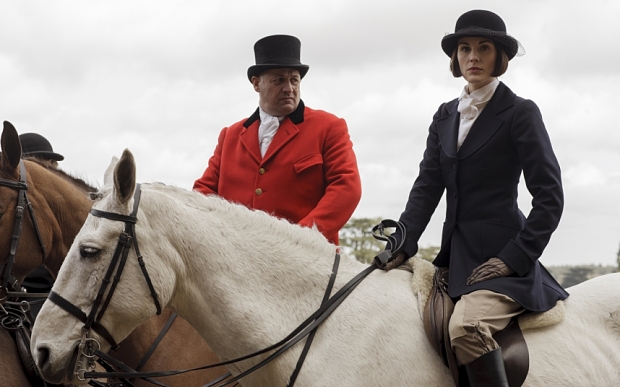 After the mid-20th centur,y we can see in fashion jodhpurs. The pants became popular when polo, also from Persia and Central Asia originally, was introduced in the United Kingdom in the late 1800s. Jodhpurs became highly fashionable and have been used far beyond the horse world.

Jodhpurs have long been a staple garment for horse riders, and in the past, they were also sported by upper-class men who partook in hunting as a leisure activity, as well as being used for military uniforms. But it is perhaps often overlooked that jodhpurs are in fact of Indian heritage. 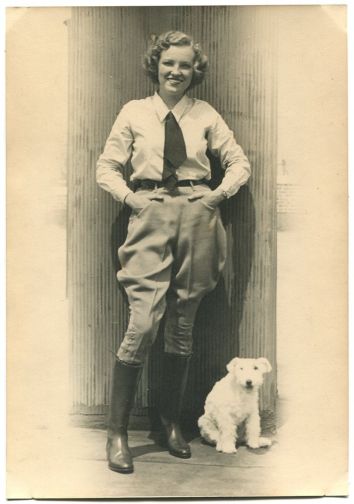 Through the early 20th Century jodhpurs made the descent into popular fashion, amongst both men and women; there popularity peaked through the twenties and thirties, when many trends were heavily influenced by the informal use of sportswear for the everyday. Notable stars including Gary Cooper, Clark Gable and Jean Harlow were photographed wearing the garment. Not to mention the Royals – The Prince of Wales (Edward VIII) who was, and remains, a style icon, was indeed seen sporting jodhpurs on many occasions.

Haute couture designers such as Hermes, Ralph Lauren and Gucci, the latter with its horse bit trademark and their own equestrian line, Ralph Lauren with a horse in his logo, and Hermes

with horses in their commercials are telling us that horses are beyond and always will be part of fashion, class and chic.

Gucci equestrian line first made elusively for Charlotte Casiraghi , the Princess of Monaco and the granddaughter of Princess Grace Kelly. This year collection is available for other horse lovers and princess acting as an advocate and a model. 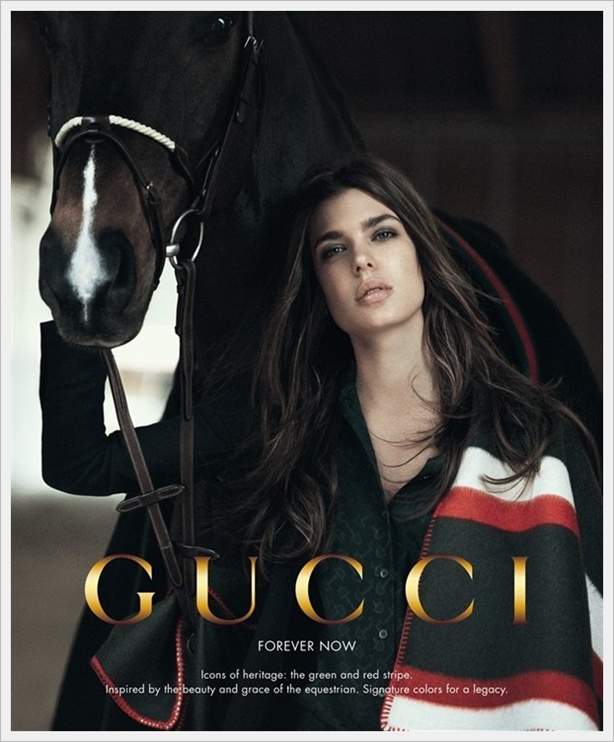 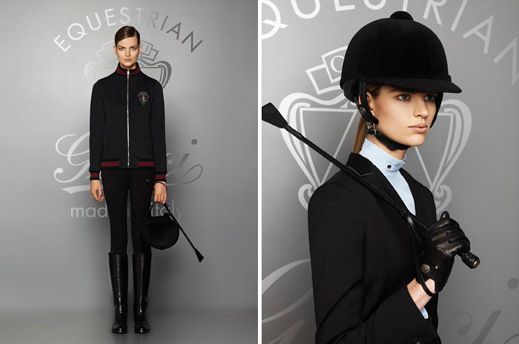