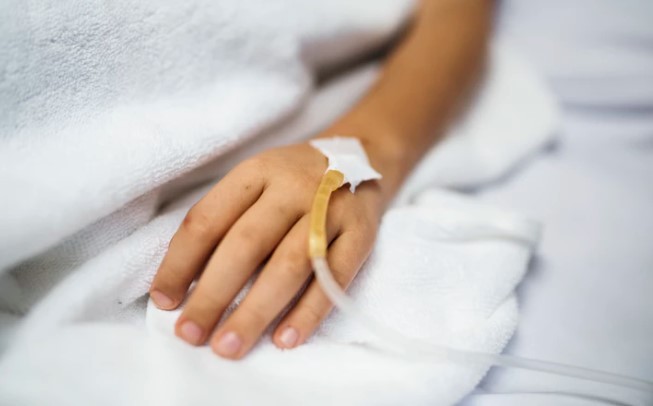 Federal health officials know that a rare nervous system disorder is on the rise and that it is mostly affecting children across the country. But what officials with the CDC don’t know about acute flaccid myelitis, a polio-like illness that can cause paralysis, is nearly everything else. What causes it is not clear. Why it affects some people and not others is unknown. Why it seems to spike every 2 years remains a mystery. How to treat it, too, has the CDC stumped. The agency has confirmed 62 cases in 22 states this year and are investigating another 65 reports of similar illnesses. But the who, what, where, and why of the disease are largely still unknown.

“The reason why we don’t know about AFM — and I am frustrated that despite all of our efforts, we haven’t been able to identify the cause of this mystery illness — we continue to investigate to better understand the clinical picture of AFM cases, risk factors, and possible causes of the increase in cases,” Nancy Messonnier, MD, director of the CDC’s National Center for Immunization and Respiratory Diseases, told reporters at a news conference this week.

“We know this can be frightening for parents,” Messonnier said. “I know many parents want to know what the signs and symptoms are that they should be looking for in their child.”

Parents, she said, should seek medical care immediately if a child suddenly has weakness or loss of muscle tone in the arms and legs. The good news is that the disease is very rare. Only one in 1 million people are thought to get it. However, while some children do fully recover, research shows that AFM’s effects often linger. In a study published last yeary, children showed persistent weakness in the areas affected by AFM. New, yet to be published research suggests as many as 50% of children with AFM will require surgery to restore function.  But, because outbreaks of AFM are a relatively new phenomenon and the number of children affected so far has been small, researchers have limited data from which to draw firm conclusions.

“We work with what we have,” says Priya Duggal, PhD, director of the genetic epidemiology program at the Johns Hopkins Bloomberg School of Public Health in Baltimore. “The depth of information that we have is helpful even if we do not have breadth of cases.”

Because the disease is more likely to strike children, and because of the mysteries of it and because of the dramatic health effects, it gets more attention than it might otherwise. Despite the current alarm, the disease is not unheard of. “In 2014, the first patient I saw was a baby, who had a sudden onset of weakness in one leg,” recalls Marc Patterson, MD. “The leg was flaccid and did not recover.”

Since then, Patterson, chairman of the division of Child and Adolescent Neurology at the Mayo Clinic in Rochester, MN, has seen several children diagnosed with what’s come to be called acute flaccid myelitis, or AFM, a very rare disease that causes nerve-damaging inflammation in the gray matter of the spinal cord. AFM can lead to weakness or paralysis in the arms and legs. Cranial nerves also can be affected, which can make your face weak, eyelids droop, or make it hard to swallow. In the most severe cases, AFM can cause trouble breathing and may require ventilator support. “This disorder presents just like paralytic polio used to present back in the 1940s,” says Patterson, who’s also a Mayo Clinic professor of neurology, pediatrics, and medical genetics. “This is another form of polio, and I think that people have not used the term because of the tremendous emotional significance.”

This year, the third outbreak of AFM is still underway. Such outbreaks have arrived every 2 years since 2014, and the CDC’s current tally includes nearly 400 confirmed cases over the past 4 years. The federal health agency acknowledges that gathering data about AFM is a relatively new process, and that may make it difficult to interpret and compare what they’ve learned from each outbreak. The number of cases likely will rise as health agencies investigate and confirm potential cases, a process that can take lots of time.

“The CDC is very careful in taking time to identify cases, and there may be a jump in the number as cases go through the verification process,” says Kevin Messacar, MD, a pediatrician at Children’s Hospital Colorado who specializes in infectious diseases. As an assistant professor at the University of Colorado School of Medicine, he has seen 12 children with AFM since spring. “Our situation here in Colorado is unique because our outbreak has been ongoing since March, while it has started elsewhere in the summer months,” says Messacar. The disorder itself is not new, says Patterson, as similar but isolated cases have been reported over the years. “But I think it was the fact that it was a cluster that first drew attention to this in 2014.”

Many AFM cases have been linked to enteroviruses. Such viruses are not uncommon. In fact, the CDC estimates they cause as many as 15 million infections each year and tens of thousands of hospitalizations. But most infections cause only mild symptoms, such as gastrointestinal upsets, cold-like discomfort, and fever. Sometimes, they cause no symptoms at all. But some experts suspect that the viruses somehow trigger AFM in a very small number of people, most of them children.

Children are quite vulnerable to viruses, says Messacar, because they do not have fully developed immune systems. So their bodies can’t combat infection as successfully as adults. But AFM can strike adults whose immune systems don’t work well, such as those being treated for cancer. The symptoms of AFM arrive suddenly, usually within a week of being ill with a virus. An arm or a leg, for example, becomes weak or can’t be moved at all. In study findings presented at scientific meetings this year though not yet published, about 70% of kids with AFM have more than one affected limb.To diagnose AFM, doctors will use magnetic resonance imaging (MRI) of the patient’s spinal cord for signs of inflammation. They may also perform a spinal tap to allow them to examine the spinal fluid for signs of the illness.

In addition to making a positive diagnosis of AFM, doctors also aim to find its cause.

“If we’re lucky, we can identify a virus,” says Patterson, “but there are many cases where you can’t positively identify a specific virus or other cause.”

Currently, no drug treatment exists to counter AFM’s attack on the nervous system. And, says Roberta L. DeBiasi, MD, a single drug may not be enough.

“It’s important to keep in mind that not all AFM is linked to … enteroviruses,” says DeBiasi, who heads the Division of Infectious Diseases at Children’s National Health System in Washington, D.C. “So, even if one specific treatment works for some patients, it may not necessarily represent a potential treatment for all AFM.”

“If a child has weakness in a limb,” says Patterson, “one of the most important things we can do is get one of our occupational or physical therapy colleagues involved as soon as the child is well enough to participate.”

“At centers experienced in working with children affected by AFM, treatment often means weeks or months of intensive therapy done on a daily basis,” says Messacar.

And even that may not be adequate, he continues: “The vast majority of cases are left with residual weakness and in some cases complete paralysis of the affected areas.” For those children, surgery may be needed to help them regain their abilities. Los Angeles-based surgeon Mitchel Seruya, MD, has performed a complex procedure called a nerve transfer on 15 children with AFM. His patients come from all over the country: Wisconsin, New Mexico, Texas, Minnesota, and elsewhere.

During the procedure, the surgeon reroutes a nerve from elsewhere in the body to take over the work of the nerve affected by AFM. For example, if AFM has caused weakness in a child’s shoulder and elbow but not in the hand or forearm, Seruya, an assistant professor of clinical surgery, can work with the healthy nearby nerves.

“If I want the elbow to move, I am going to steal a wrist flexor, meaning I’m going steal something that makes your wrist bend and divert it to your elbow,” says Seruya, who’s also director of the Brachial Plexus and Peripheral Nerve Center at Children’s Hospital Los Angeles. The repairs get much more complicated if the whole arm has been paralyzed. In such cases, the nerves most often used are those involved in breathing, located near the sternum.

“That nerve has to span the chest and reach underneath the armpit to connect it to the arm itself,” Seruya says.

Researchers Look at Role of Genes

One of the key questions that needs to be answered is why some children — keep in mind, it’s a very small number — get AFM and most others don’t. For example, if an entire family or, say, a classroom gets exposed to an enterovirus, why doesn’t everyone get AFM? Researchers at Johns Hopkins University in Baltimore suspect that genetics may play a role. They are comparing the genetic makeup of children with AFM to see what they might have in common. And in families, they are also looking for genetic differences between family members who remained healthy and the child diagnosed with AFM.

“We hope this helps us to understand susceptibility to AFM,” says Priya Duggal, PhD, director of the genetic epidemiology program at the Johns Hopkins Bloomberg School of Public Health. “No doubt that this is not going away — we keep seeing it — and we need to better understand how to diagnose AFM, how to treat it, and what factors are causing it … or we will watch more kids become paralyzed.”

Since there’s no vaccine or drug treatment, the CDC’s prevention guidelines follow standard but effective advice for cutting the chances of getting or spreading a virus: Wash your hands often. Getting vaccinated for poliovirus may also offer protection. Finally, use mosquito repellent and other means of preventing mosquito bites, which can spread West Nile virus, another virus associated with AFM.

DeBiasi of Children’s in Washington wants parents to be vigilant but also to keep in mind that AFM is quite rare. It occurs in about one in 1 million children.

“If your child presents with weakness in one or more limbs, drooping facial features, like eyelids, seek care immediately,” she stresses, “particularly if your child has just had an upper respiratory infection or fever.”