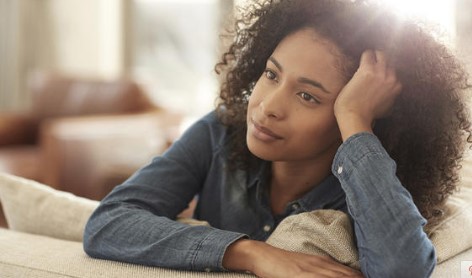 Ovulation is when one or more eggs are released from one of your ovaries. This happens towards the end of the time you’re fertile between periods.  Each month, a surprisingly large range of between three and 30 eggs mature inside your ovaries. The ripest egg is released and swept into one of your fallopian tubes. Your fallopian tubes connect your ovaries to your womb (uterus).Your ovaries do not necessarily take it in turns to release an egg. It happens quite randomly.

To become pregnant naturally, one of your eggs and your partner’s sperm have to meet in your fallopian tube. Your egg survives no more than 24 hours after you’ve ovulated. So the meeting of egg and sperm has to occur within this time.  However, sperm can survive in your vagina, uterus or fallopian tubes for up to seven days.  This means that you don’t have to time sex to the exact moment you ovulate to get pregnant. You actually have a fertile window of about six days.

This window includes the five days before and the day of ovulation itself. If you have sex every two days or three days during your fertile window, your freshly ovulated egg has the best chance of meeting live, healthy sperm and being fertilised. Regardless of how long or short your cycle normally is, ovulation usually occurs about 14 days before your next period starts. For example, say you have a regular 28-day menstrual cycle. Count the first day of your last period as day one. Your fertile window is likely to be around days 10 to 15. However, a lot of women have an irregular cycle. If this applies to you, the time from the first day of your last period to ovulation can vary from one month to the next.

You can start to notice signs that you’re fertile about five days before you ovulate. Working out your fertile window using your cycle dates alone is not an exact science. This is why learning to spot your body’s fertile signs can help. The main signs and symptoms of ovulation include:

Changes in cervical mucus
Cervical mucus is the discharge that you see in your knickers or on toilet tissue when you go for a wee.

Changes in your cervical mucus can signal when you are fertile and close to ovulating. They are caused by the rising levels of the hormone oestrogen in your body. You’re at your most fertile when your mucus becomes clear, slippery, and stretchy. It’s a bit like raw egg white. This fertile mucus speeds the sperm on its way up through your uterus. It nourishes and protects the sperm as it travels towards your fallopian tubes to meet your egg.

After ovulation your cervical mucus gradually goes back to being thick and sticky. An ache in your belly
About one in five women can actually feel something happening in their ovaries around ovulation. This can range from mild achiness to twinges of pain. Some women feel ovulation as one-sided backache or a tender area. The condition, called mittelschmerz, may last anywhere from a few minutes to a few days. If you notice these sensations at roughly the same time each month, check your cervical mucus. Ovulatory pain can be a useful guide to when you’re fertile. Feeling sexy
Feeling sexy, flirty, and more sociable may all be signs that you’re at your most fertile.
You may notice a peak in sexual desire at this time. You may find your partner becomes a little more possessive and attentive as a result. There’s medical evidence for this!

You may not be aware of it, but you may be showing other signs that you are at your most fertile. Think back over your cycle and you may remember the following happening:

Try our ovulation calculator to help you work out when your fertile window is likely to be. Some women use ovulation kits to pinpoint their most fertile time. Most of these kits test for the peak of luteinising hormone, or LH, which is the actual trigger for egg release. You could use these to find out when you are most fertile during your cycle, although using them to time sex won’t necessarily increase your chances of getting pregnant naturally.

Try to have sex every two to three days. Then sperm with good motility will be in the right place whenever you ovulate. Regular sex throughout your cycle gives you the best chance of conceiving.  Having sex when your cervical mucus is wet, slippery, and most receptive to sperm will also increase your chances of conception. And you’ll be happy to know that the odds are with you.  In normally fertile couples, there is between a 20 per cent and a 25 per cent chance of getting pregnant each cycle. So it takes an average of three months to six months to conceive, if you’re having sex two to three times per week during your fertile time . More than eight out of ten women aged under 40 who have regular sex without using contraceptives will get pregnant within a year. Of those women who don’t become pregnant after a year, half will conceive within two years.