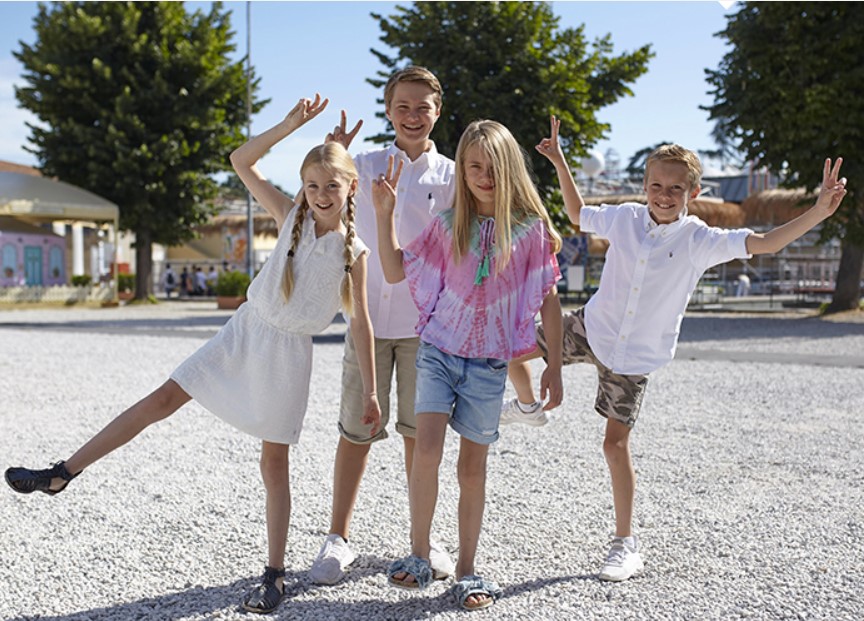 Once again Pitti Bimbo expresses all the commitment

The numbers of foreign buyers at the Fortezza da Basso remained significantly and substantially steady – with increases for United Kingdom, United States, France, South Korea and Ukraine – while Italian attendance was slightly lower. The total number of buyers exceeded 5,100 from almost 80 foreign countries with around 10,000 visitors overall

“The first thing that struck everyone entering the Pitti Bimbo pavilions” says Raffaello Napoleone, CEO of Pitti Immagine “was the quantity and quality of the special projects supporting the collections which had been made available by the exhibitors, of every size and origin: we’ve never had such a varied calendar, a sign of the commitment and the creativity of an industry which, despite an economic situation which is certainly not very dynamic, especially in terms of consumption and commercial exchange, is investing in the brands’ potential, working towards innovating the styles and materials. The fair also confirmed its experimental vocation which, this time, has been expressed through the gentle revolution of the Upper Level of the Main Pavilion dominated by experiential fashion and a strong international dimension on both sides of the market (and the press), from which a large part of its undisputed position of leadership derives”.

The final attendance registers the number of buyers to be over 5,100, with international buyers reaching 2,400 at the end of the three days, from almost 80 foreign countries. Overall the number of visitors once again reached a total of 10,000.

“The data recorded shows a widely predicted reduction in Italian buyer attendance” states Agostino Poletto, General Manager “amounting to 5-6%, which is more than acceptable considering the domestic economic situation and the transformation of the distribution sector, and demonstrates the substantial and significant steadiness of the foreign figures, with a slight and physiological drop of a couple of percentage points (last June the sign was positive, the rule of alternation …). But, as always, numbers on their own do not talk – or at least they don’t tell the whole story. For example they do not tell us that there was growth for the markets which are decisive for children’s clothing like United Kingdom, United States and France, whose most important top buyers came along, such as Barneys NY, Bergdorf & Goodman, Childrensalon, Childsplay, Fenwick, Galeries Lafayette, Harrods, Kurt Geiger, Le Bon Marché, Neiman Marcus, Printemps, Selfridges and Smallable, to mention just a few. Or that the buyers for the big malls arrived from Kuwait and Qatar, regular trading hubs for the Middle East and for western Asia. Or that positive performances were also recorded for high profile markets like Turkey, South Korea and Ukraine. Or that the best Italian and European buyers were all present. It was a shame, however, that Germany experienced a decisive slowdown, as also happened at Pitti Uomo, whilst still remaining at the higher end of the ranking in absolute terms – and it was also a shame that Russia has, so far, been unable to stabilize the recovery of its purchasing power. Basically we will all have to work on it, together”.

We received lots of positive feedback from the press and buyers for the special participations and the debuts at the Fortezza da Basso, and for the program of events which was more packed than ever at this edition, with various rendezvous and catwalk shows in the Fortezza and around the city. These included those staged in the events area of the new The Kid’s Lab on the Top Floor of the Main Pavilion, the special catwalk show of the APARTMENT section – which at this edition celebrated its 10th birthday – and the PITTI SPECIAL CLICK PARTY at Villa Le Corti in San Casciano.