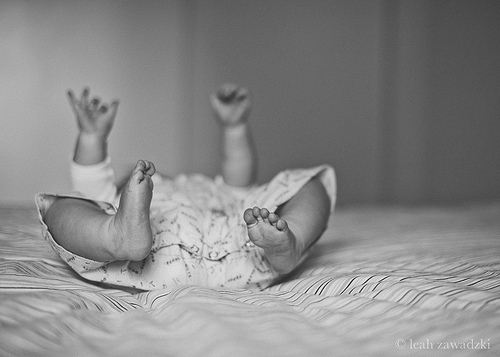 When your baby is born, you will notice that often some involuntary movements will show. These reflexes happen when a part of their body is stimulated for whatever reason. The reflexes will fade after 2 months to a year of age, because in this time the baby brain starts to mature. But until then here are the most common movements your little one makes:

Photo credit: Dreaming in the deep south on Visual Hunt / CC BY