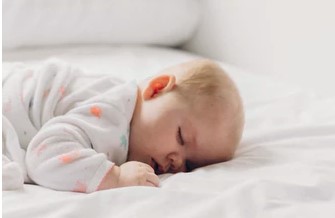 Each child has his or hers patterns of napping, this will change as they grow. During the first periods  of infancy, your baby will spend much of the day sleeping and then, for the next six months to a year,it will nap in the morning and then again in the afternoon. By eighteen months, most toddlers take only one nap. Many children stop with napping by age of two years. Other babies nap until they’re four. Some children don’t take predictable naps, even in infancy. Some parents are flexible about naps and let their children follow their own natural sleep patterns, while other parents are advocates of strict scheduling.

Your child napping patterns may depend on the amount of sleep he or she gets at night. Child who sleeps ten hours at night will probably need an afternoon nap, while a child who sleeps twelve hours may not need to sleep again during the day. Toddlers typically sleep between ten and thirteen hours a night, depending on their nap schedules. By the time your child is two and a half or three years old, his napping might interfere with his nighttime sleeping, so that if he naps for a couple of hours he may be filled with energy at 10 or 11 p.m. This is fine if your schedule permits late-morning sleeping or if you like to spend the evening hours with your child. But if you want him to go to bed earlier, try keeping him from napping or at least from napping so long. Some parents are especially reluctant to let their child nap in the car, since a few minutes of sleeping there can take the place of a much longer nap at home.

Keeping your child from napping, however, can sometimes cause problems. Some children are very irritable when they don’t sleep during the day, so you might decide that eliminating his nap is not worth the struggle. Your child might go to bed earlier if he doesn’t nap, but if he’s unhappy all afternoon and evening, your family hasn’t gained much. Similarly, many children are tired and irritable if their nap is cut short, although some are able to wake up after a short nap feeling rested and ready to play.

Children in day care often nap as they would at home. Infants sleep when they need to, and older children, who are up early in the morning, generally nap for a couple of hours. These naps often keep children from going to sleep during the early evening hours, but they also allow parents extra time with their child. Parents can request that their preschool-aged child in day care not take a nap if it gets in the way of him going to bed at a reasonable hour.

Many babies only fall asleep for their naps after being fed. Toddlers who don’t want to separate from their parents or end their play will often fall asleep with a short car ride, or after being rocked or patted to sleep. If your child doesn’t nap regularly, you may feel frustrated at the lack of time for yourself. But if you try to force him to nap, there will be negative consequences. He may spend long periods crying, and you’ll probably become angry at him and at yourself for forcing the issue. It’s never good to let your baby cry himself to sleep.