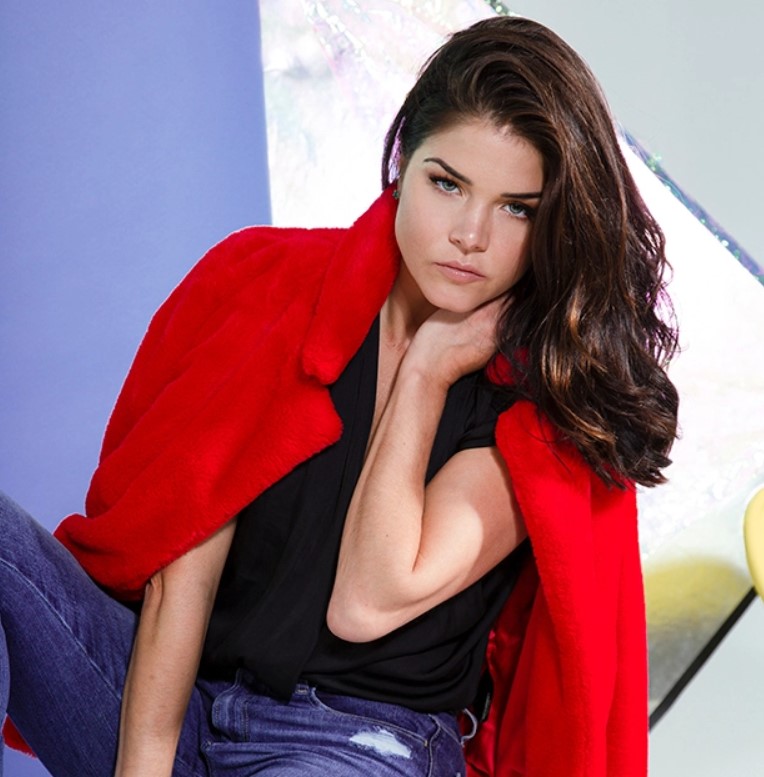 Marie Avgeropoulos is best known for playing Octavia on the hit CW series The 100 but she’s taking on a very different project with Wonder Woman: Bloodlines. She’s the voice Silver Swan in the animated film, which is available now. “It’s very interesting because I had never done any voiceover work before,” Marie told HollywoodLife during our sit-down interview. “They came to me and somebody out there liked my voice and I could not believe that a project with such volume came into my life. I’m so grateful.”

Silver Swan possesses the ability to fly and has a sonic cry. She’s also known for being an enemy to Wonder Woman. However, Marie notes that Silver Swan and Wonder Woman do have some similarities and their dynamic is explored in Wonder Woman: Bloodlines. “Both of them have mommy issues and how they decide to sort that out is very interesting, and they definitely use their warrior characteristics to sort it out in the end,” Marie continued. “But it’s very interesting at the beginning of the movie that I start out as a teenage girl, so you see the progression, which is wonderful between the two characters.”

Marie is well aware that the Wonder Woman fanbase is incredibly strong. “I’ve been a part of the sci-fi world for the last 7 years of my life, so I know how loyal the fans are and how eager they were for me to progress into a project such as this one,” she said. “It was really interesting to just do a job where I can use my voice instead of my body. So it was different for me as a person to explore that.”

The actress admitted she loved doing voice work. Instead of getting suited up in armor, she could voice the role of Silver Swan in her pajamas. “It was really cool for me to figure out a character without using my physical body,” Marie told HollywoodLife. “I had to convince people whatever I was doing or talking about without using me and that’s when I’m used to. So it was a new challenge, but it was a fun challenge and I’m really looking forward to exploring hopefully, fingers crossed, toes crossed, eyes crossed, a voice career in the future.”

In addition to Wonder Woman: Bloodlines, Marie is also gearing up for the final season of The 100. The CW action series will end with 100 episodes after 7 seasons. Marie opened up about the show and saying goodbye to Octavia. “It’s bittersweet,” she admitted. “It’s like when you graduate high school or graduate college or something that you really loved, but you’re okay with saying goodbye to. It’s given me a ton of opportunities. I’m incredibly grateful. It’s changed my life. There’s no doubt about that. I’ve become very attached to Octavia and I’ve become very attached to the actors that I have worked with for seven years. It’s going to suck to say goodbye. There’s definitely going to be tears, but it’s time to move on for sure. But that doesn’t take away the gratefulness. We’ve all grown together as people and actors and it’s going to definitely be a challenging day to say goodbye.”