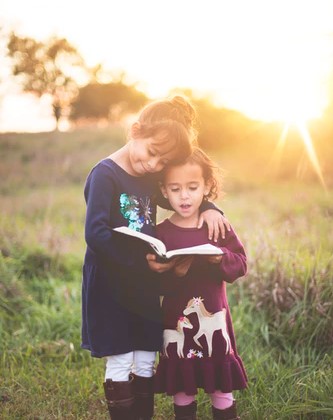 From the adorable gurgles and the coos to the goo-goo-ga-gas and ‘dada’ and ‘mama’, your baby will learn and use new words as she grows. Language development in children is a fascinating transition that you, as a parent, will enjoy. It is also an aspect that you may have several questions about, for it plays a crucial part in your child’s overall development. In case you are wondering if your child is catching up with the language skills as she should for her age, Momjunction will help you with it. Here, we tell you about the stages of language development in children, issues associated with it and some tips.

The foundation for language development is laid during the first 12 months while the first three years of life are crucial for acquiring language and speaking abilities. These skills develop in an environment full of sights, sound, and exposure to others’ speech and language. Children younger than three years can better absorb the language, which makes exposing the child to language at this stage all the more important. Infants communicate by crying when they need food, comfort or the parent’s companionship. As they grow, they learn to listen and understand the sounds of the language and can express in monosyllables, and eventually short, broken sentences. That said, the developmental stages and milestones vary from one child to another.

At this stage, babies learn how to communicate with others. Most babies begin to communicate with their parents or caretakers by the time they are 12 months old. By then, they understand most of what is being said to them and can express their needs by pointing to specific objects.

Please note that not all children follow the same sequence of skill development.

When your child is three to four years old, you can expect them to indulge in long and interesting, although meaningless, conversations with you. At this age, children have a growing vocabulary and better understanding of the basic rules of grammar and may enjoy talking a lot.

Here are some more indicators of language development at this stage.

When your child is a preschooler, you can expect longer, more complex conversations with them.

By five years of age, your kid will be speaking more grammatically correct sentences and has a larger vocabulary. By six, children may write simple stories and understand how sounds combine to make words.

iii. By six years of age, children understand around 13,000 words.

Children with a language disorder face difficulty in understanding what others say (receptive language) or in expressing themselves (expressive language). Children develop language skills naturally if they have the abilities to form speech: see, hear, understand and remember. Sometimes, they are unable to develop these skills due to different reasons.