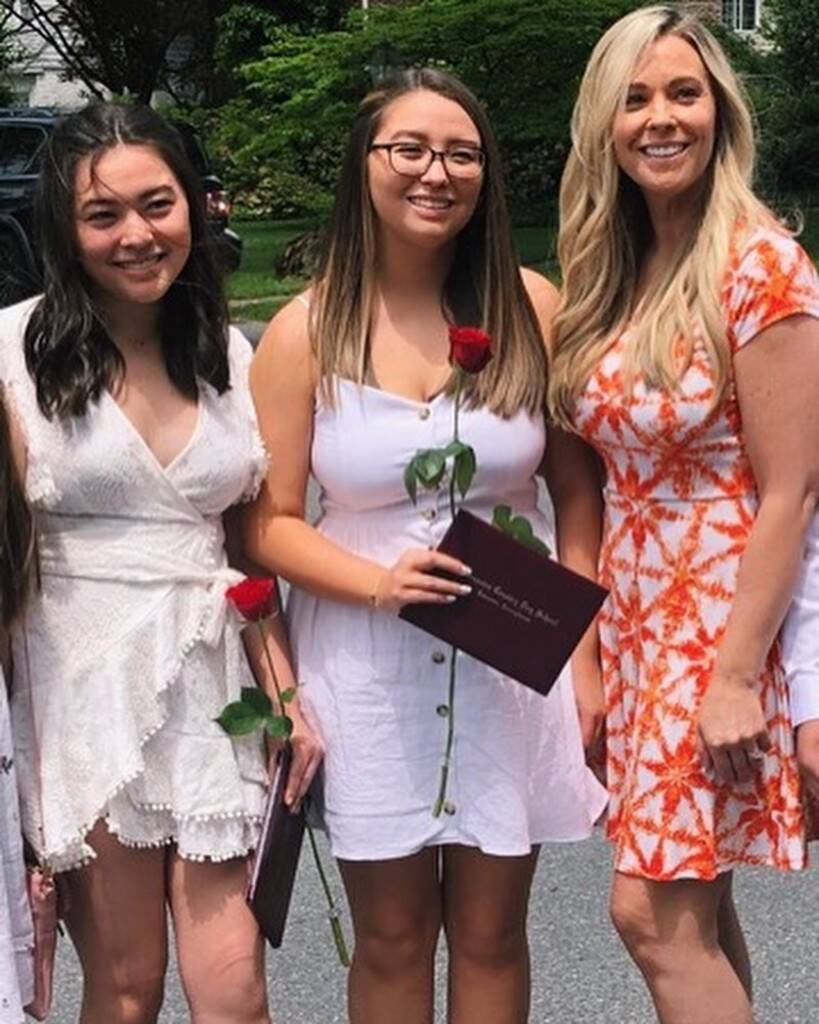 Kate Gosselin is one proud mama. The reality TV star took to Instagram on Wednesday to praise her twin daughters Mady Gosselin and Cara Gosselin after their high school graduation. Kate posted two pictures on social media: one with her two daughters after the ceremony as they hold their diplomas and another of just the girls with celebratory cakes in front of them.

Kate gushed about her eldest daughters, who turned 18 in October.

“#Graduation ..this post is a little delayed (mostly due to post graduation exhaustion lol) but I’m still beaming with pride!” she began. “It’s hard to believe that Cara and Mady graduated from high school this past weekend … and are headed off to college in the fall!”

The 44-year-old’s post continued, “Where did the time go???? Their Graduation day was such a wonderful day of celebrating THEM and all of their amazing accomplishments! These girls are going places and I can’t wait to see where they end up! Cara and Mady, I love you so very much and I’m just so so proud of YOU! #ProudMom#Graduation #ClassOf2019 #WellDone.”

The former Jon & Kate Plus 8 matriarch now has a new show on TLC called Kate Plus Date, where she looks for love and makes her way through some “awkward and painful” dates. Mady and Cara both play big roles in Kate Plus Date as they help provide some comments and behind-the-scenes perspectives about their mom’s potential matches.

In February, the twins and Kate spoke at a TCA panel in Los Angeles about the new show and how they feel about it. “We’ve been nudging her to date for years. We’re all, all eight of us, are so glad that she finally is,” Mady shared. She continued, “She deserves to be happy. Everyone deserves to be happy.” Kate explained that the high school grads will be “weighing in and helping out” when it comes to picking out suitors.Later on in the panel, Kate once again beamed while talking about her kids and how she has complete faith in all of them.

“As far as Mady and Cara, particularly—and all the kids—I think that they’re such good girls that I don’t have to keep after them,” Kate said. “They’re self-driven. They have goals and dreams, and they’re just good kids.” While Mady and Cara are gung-ho about their mom’s new romantic life, Kate’s ex-husband Jon Gosselin has other feelings.

“To each his own and whatever keeps the lights on. I don’t know. I just work a normal job, so I haven’t really been on reality TV in about 10 years,” he told HLN in a phone interview earlier in the month. Jon added, “If she chooses to do that, she chooses to do it.’ Jon currently has temporary legal and physical custody over their 15-year-old son Collin Gosselin.  Their daughter Hannah Gosselin resides with her father and his girlfriend Colleen Conrad full-time. The former TLC stars are also parents to Aaden Gosselin, Alexis Gosselin, Leah Gosselin and Joel Gosselin.

Congrats on graduating, Cara and Mady!