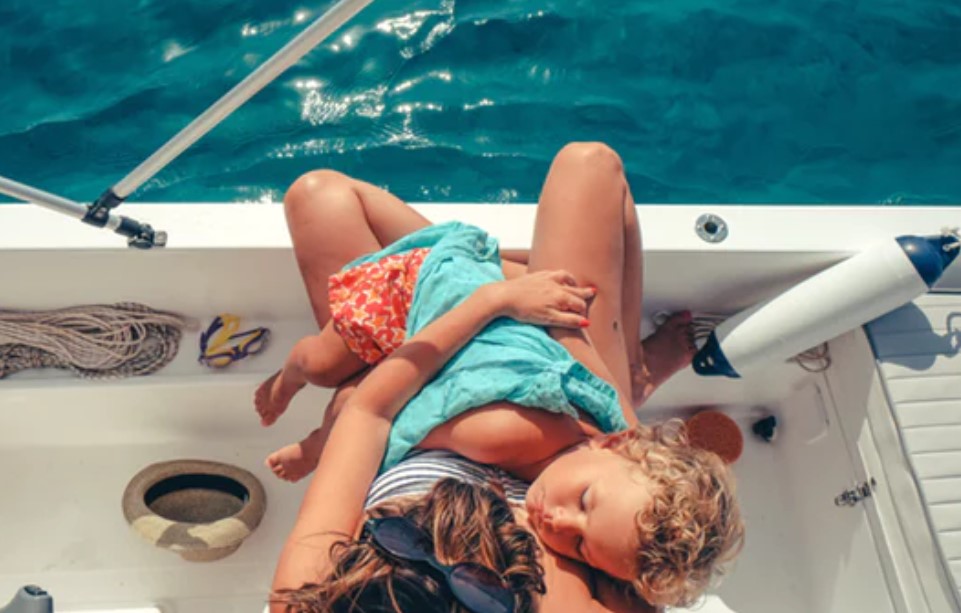 I Hate Being a Mom, But I Love My Kid

Frustrated and exhausted from taking care of her newborn daughter, Erin* worried she just wasn’t cut out for motherhood. She felt like a terrible person—until she realized she wasn’t alone.

I feel bad even thinking it, let alone saying it out loud, but it’s true: I hate being a mom. I do love my 3-month-old daughter—she’s adorable and sweet and everything you could ever want in a baby. But I miss my world before her, and I hate knowing that the rest of my life is going to be dictated by someone else’s needs.

It’ll get easier, I know. She’ll become less dependent on me for every little thing, and eventually, she won’t even need me (at least, that’s the plan). Everyone tells you how fast it all goes by, and that you should savor every second of this newborn stage. But I truly hate spending every single moment feeding the baby, changing her, getting her to sleep, trying to entertain her…I want my old life back, where I was organized and did things on my own schedule.

I didn’t even used to want kids, but when I turned 30, my stupid biological clock kicked in. My husband and I tried for two whole years to get pregnant, and when we finally did, I was so happy and excited and just joyful. Then, my daughter was born, and it all kind of hit me at once: My old life is over—at least for the next 18 years or so. I now don’t know if I am cut out for motherhood.

I had a bout of the baby blues postpartum, but I don’t think that’s what this is. Things have gotten better between the first month and the third, but the improvement isn’t as drastic as I’d hoped. It’s not that I don’t love my baby, it’s just that I don’t feel very attached to my role as a mom.

What makes it worse, I think, is that it seems like I’m not allowed to feel like this. I can talk to my husband about this stuff, but he’s struggling with the whole first-time parent thing, too. If I even hint to anyone else that motherhood isn’t all sunshine and rainbows, though, I’m met with awkward silences or the generic, “Just wait until they start teething/enjoy it now because this time will fly by” responses.

I understand where people are coming from, but sometimes a woman—even a mom—just needs to vent. And after one particularly trying day home alone with my daughter, that’s just what I did. Only rather than calling up a friend and wondering whether this whole becoming a mom thing was a mistake, I shared my feelings with strangers on the internet and posted to Reddit.

It was cathartic, really, because I just needed to get it all off my chest. As much as I love my daughter, I don’t enjoy being a mom. I was a little scared people would come at me in the comments and say was I monster, but I was actually met with overwhelming support. Turns out, a lot of moms (and dads!) feel similarly and also wonder if maybe having kids was a mistake. That doesn’t make them awful parents or bad people—it just means they’re honest.

It’s been so encouraging to hear other parents talking about their doubts and frustrations, too. And after hearing from other moms who struggled with the newborn stage, I really do think now I’ll start enjoying motherhood more once my daughter is a little older and her personality starts to shine through.

In the meantime, my daughter is loved and well taken care of. Many people asked if I was suffering from postpartum depression, but after talking to several moms who’ve had it, I don’t think I am. That said, I do feel empowered now to speak up to my doctor about what I’m experiencing. There’s no shame in having moments of wondering whether I’m just not cut out for motherhood. It does sadden me that while I got such support from other parents online, this is still somewhat of a taboo topic in real life. So many of us are struggling with similar feelings about motherhood, but we don’t feel like it’s something we can talk about. If we did, I think a lot of other new mothers could avoid feeling alone. I hope I can be a small part of starting the conversation.