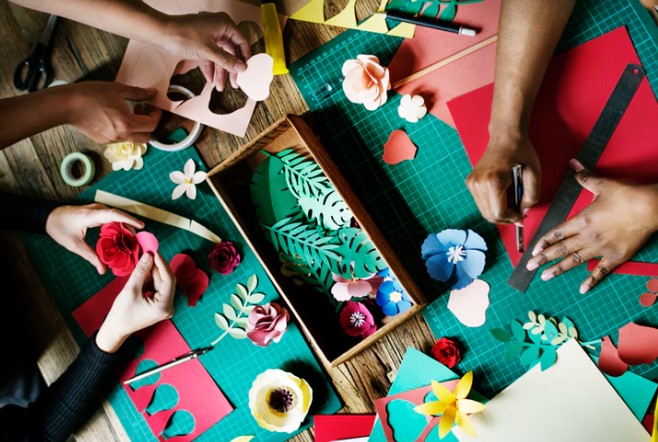 Yes, it’s perfectly normal for your preschooler to find sharing tricky. Children generally understand the concept of sharing at about age three. But it will take a while longer before your child is prepared to do it. Although your child is starting to develop empathy, and knows that he needs to take turns, he isn’t mature enough to resist all of his impulses. Most three-year-olds and four-year-olds put their own needs first, and can get upset when the needs of others get in the way.

Your child may not understand enough to realize that even if he doesn’t have a toy now, it’ll be his turn soon. So don’t be surprised when you see him grab a truck from a friend, or refuse to let his sister look at his favorite book. Beneath the surface, though, his sharing skills are maturing. Part of this is because of how much he loves getting praise from you and other trusted adults. He may enjoy drawing pictures for teachers, making presents for you and sharing snacks with his friends. You can sow the seeds of generosity by gently encouraging your child to share.

Teach your child cooperative games in which he has to work together with others, rather than competitive games which focus on winning. You could try doing a jigsaw puzzle together, taking turns to add pieces. Or you could blow up a balloon and play keep-it-up. Share projects, too: water the plants, sweep the floor, or unpack the shopping together. Don’t punish your child for not sharing. It can be embarrassing to see your child snatching a teddy from his friend, or throwing a tantrum because his turn with the trucks has ended. But if you tell your child that he’s selfish, or force him to hand over a prized possession, he may get the message that sharing has negative consequences.

When children feel ashamed or embarrassed, they sometimes become defensive, which can make it much more difficult to learn new skills. So try to give your child some leeway, and acknowledge that he’s probably not being deliberately mean or rude by refusing to share. Keep in mind that it’s natural for your child to want to keep some items to himself, as he develops a sense of what it means to own something. Rest assured that as he matures, he’ll learn that sharing with friends is much more fun than playing by himself. There may be some objects, such as a particularly beloved teddy or comfort blanket, that your child will never want to share. It’s fine to keep one or two favourites as special objects just for him, just as you probably have some prized possessions that you prefer not to share.

When your child squabbles with a friend about a toy, try to intervene before things become too heated. If either child starts having a full-blown tantrum, try to remove your child from the area until things have calmed down. Once both children are ready to listen, discuss the situation with them in a thoughtful and compassionate way. If your child’s friend is holding something back, explain how he may be feeling. For instance: “Josh really likes that toy, and he doesn’t want anyone to play with it right now. Can you find something else to play with?”

Help your preschooler put his own feelings into words, too. You may need to give him the vocabulary, for example by saying, “It sounds like you feel cross”, or “you’re looking a bit disappointed”. This also reassures your child that you understand how they might be feeling.If he’s reluctant to share a particular toy, ask him why. Maybe you’ll discover that there’s a shortage of train tracks at his nursery, or that he especially prizes his football cards because they were a present from Grandad. If your little one has a firm grip on a toy truck that his playmate wants, the concept of sharing the truck may not even have occurred to him. Encourage your child to take turns with the truck. Setting a kitchen timer to mark each child’s turn may help. Reassure him that sharing isn’t the same as giving away, and point out that if he shares his toys with friends, they’ll be more inclined to share theirs with him.

If your preschooler feels that his clothes, books and toys may be lost or damaged, he’ll be less willing to share them. So ask permission before you let his sister borrow his colouring pencils, and give him the option of saying no. Make sure that his siblings and friends respect his things too, by encouraging them to ask if they can use them and making sure they take care of them when they do. Before a playdate, ask your child if there’s anything he’d rather not share, and help him find a safe place to put his special toys. Then ask him to think of some things that would be fun for him and his guest to play with together, such as walkie-talkies, art and craft supplies, or a bat and ball. Ask his friend to bring along a few toys too, so your child isn’t the only one sharing.

The best way for your three or four-year-old to learn generosity is to witness it. So share your ice cream with him. Offer him your scarf for a superhero’s cape, and ask if you can try on his new hat. Use the word “share” to describe what you’re doing, and let your child know that you can share a story, a feeling or an idea, as well as sharing material things. Most importantly, let him see you give and take, compromise, and share with others.