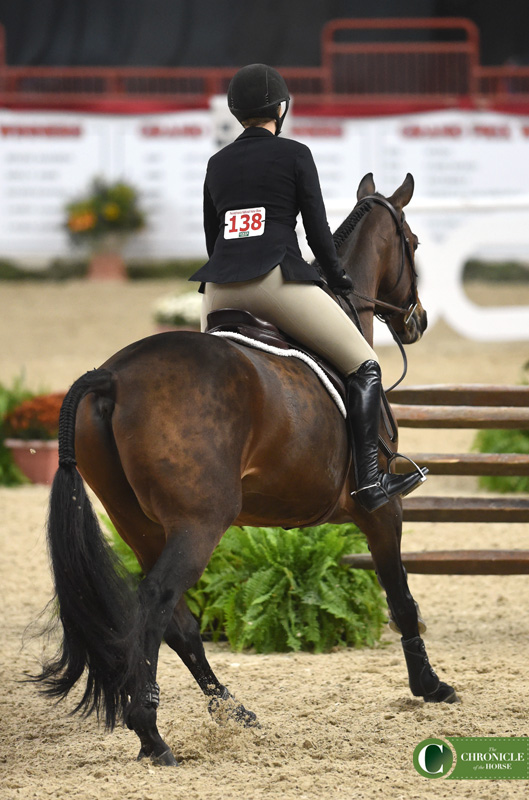 From The Outside Looking In

Among the many posts I’ve started writing but not finished over the years is one I began while sitting in an overflow parking lot at the Kentucky Horse Park facing the Alltech Arena. It was still early in our adventures on the A-circuit. My daughters’ dreams of riding in the ASPCA Maclay Finals still seemed realistic. I don’t recall what I wrote, though certainly the looming significance of the venue in front of me factored into it. Beyond that, I can only say that not quite enough time has passed for me to be willing to confront quite so directly the contrast between the hopefulness and optimism of those days and the reality that followed.

None of us has seriously mentioned the Maclay in quite some time. I noticed that it was taking place during Ada’s last year of eligibility, but I had no interest in paying attention. The plan, or at least the dream, had been for me to be there, in what I hoped was a lucky spot, hands shaking and heart pumping, contorting my body with every jump. Instead, I spent the afternoon watching college football and lamenting a world that doesn’t allow do-overs.

And now, when it could be Audrey’s turn, reality has left no space for dreams of equitation finals. It’s not for lack of talent. She has held her own with the Maclay crowd when given the chance. Nor is it a lack of effort. Look as much as you like, you won’t be able to find a kid with a stronger work ethic or a better attitude. It’s mostly this: Her horse is a jumper through and through, and there’s no room in the budget for a second horse, or for the amount of showing that would be necessary to make Maclay dreams come true.

I read the Chronicle’s live coverage this year, simply because some of the names are familiar. It led me to wonder about the extent of the difference between our situation and that of a rider who can realistically think about being competitive at a major equitation final. So, I pulled the USEF rider reports for every rider who made it to the second round of this year’s Maclay Finals for the period from Sept. 1, 2018, through Aug. 31, 2019 (the qualifying period for the Maclay). And then I started counting.

For context, during that same period Audrey rode in 34 classes over five shows. Thirty of those trips were on her horse Belle, and she got the chance to catch ride one other horse in four classes. All of this was uncomfortably expensive. And yet it was nowhere near enough.

Here’s what I found: The average rider who made it to the second round of the Maclay Finals had shown nearly 21 horses in 336 classes at 31 shows. The median numbers were 15 horses, 289 classes and 30 shows. The lowest numbers in the three categories were four horses, 112 classes and 21 shows. (And because you’re curious, the highest were 59 horses, 930 classes and 45 shows. Neither the highest nor lowest numbers in all three categories belonged to the same rider. That is, the person who showed 59 horses was not the same person who rode in 930 classes, and so on.)

What’s more, every single one of these riders rode during that year in at least one of the following: the 2018 Maclay Finals, the Washington International Horse Show (District of Columbia), at least one week of the Winter Equestrian Festival (Florida), and Devon (Pennsylvania). (A group of shows I selected for the simple reason that from our perspective they all seem like once-in-a-lifetime, destination events.) Eleven rode in all four, and nine more rode in three. The vast majority of the shows appearing on these reports were of the sort that even I had heard of.

This is, of course, not conclusive proof of anything. It’s one year in the careers of one group of riders, and it’s no surprise that riders with that much experience on those sorts of stages have developed the talent necessary to rise to the top. The rider reports for the 154 who did not make it to the second round no doubt show a greater range of show experience. An analysis taking into account a greater period of time would undoubtedly be instructive as well.

Still, the results are suggestive. In one of my early posts I mentioned a small voice whispering in my ear that the pursuit of the Maclay Finals was a fool’s errand. I had no idea. Perhaps I’m alone in being so naive, but I doubt it. I understood that others are able to do more, but I hadn’t grasped the magnitude.

Understand this: I begrudge these riders and their parents nothing. The riders are unquestionably talented. And as a parent, if I had the resources necessary to provide such opportunities I would use them. Everyone within the system—riders, parents, trainers, show managers, judges—is, as far as I can see, generally responding rationally to the incentives they face. The problem, if this suggests to you that there is one, is with the system itself.

In some sports this sort of competitive imbalance would lead some coach to find a truly innovative approach to the game, a way of doing things that’s both effective and different from how everyone else does it. Perhaps the equitation world is just waiting to be disrupted by a trainer who focuses on taking kids and their OTTBs to out-of-the-way shows run by a show manager who’s willing to set difficult courses at legitimate heights. It’d be a great story, but let’s not hold our breath. We seem to be locked in a world in which most potential participants have no realistic chance of rising to the top, simply because of economic considerations that bear no relation to talent.

I don’t claim to have a solution. It’s impossible to make the sport inexpensive. Still, let me toss something out. It might be unworkable. But it’s a thought.

As it happened, the Wisconsin state high school cross-country meet took place the same weekend as the Maclay. Audrey’s twin sister, Laura, is on their high school’s team, which qualified for state, and even though Laura has mostly run on the JV team she went to cheer on her teammates, who ended up handily winning the state championship. Meanwhile, a member of the boys’ team won the individual championship.

Here’s what struck me about that. As is the case with most high school sports, no team or athlete competes for a championship against all the other teams or athletes in the state. Wisconsin divides sports into divisions based on school size. For cross-country, Shorewood High School falls into Division II, the middle group.

This sort of approach makes obvious sense for team sports. Larger schools have a larger pool of athletes to select from, and therefore are more likely to field stronger teams simply as a result of greater numbers. It’s not always true, of course. The better teams from small schools will usually be better than the weaker teams from big schools. But in general, the advantage is real and worth accounting for.

The case for dividing up individual sports in this way seems less clear. On the surface, anyway, nothing about being from a smaller school should affect whether one is able to run or swim fast, or be a good wrestler or golfer.

the larger school is likely to benefit from the advantages of greater resources and a higher level of competition.

The comparison leads me to wonder whether there’s a way to account for the differential in resources faced by those who participate in the sport. The current sorting mechanisms are fence height, state associations, and the distinction between “A” and “B” shows. But each of these seems flawed. National titles at lower fence heights still allow for massive resource differentials to matter; state associations are often very small, and a constant lament I heard during my time on the board of directors of the Wisconsin Hunter Jumper Association was that the B-circuit is on life support. The USHJA’s Emerging Athletes Program provides one potential avenue, but it’s not perfect either. This past summer Audrey found herself in a session in which some of her fellow riders were professionals, and unsurprisingly they were among the group that advanced to the national session.

For a suggestion offered more out of a spirit of starting a conversation than of imagining I have solved the problem, how’s this: Perhaps some sort of division based on the number of shows or classes one has ridden in during some fixed period would help. No doubt it would be subject to some manipulation, the way almost any rule would be. And perhaps winning Division II or Division III of the Maclay Finals wouldn’t be as prestigious as simply winning the Maclay Finals. But it would be something.

Because I can tell you that for the boy from Shorewood High School who was Division II Wisconsin state high school cross-country champion, that place on that podium was the goal that he set for himself to reach. He wasn’t the fastest runner in the entire state on that course on that day, but still it was a big deal, to him and to others. How do I know? Because the Milwaukee Journal-Sentinel found his championship significant enough to write an entire story about it. I suspect people would come to view different divisions of the Maclay in the same way. 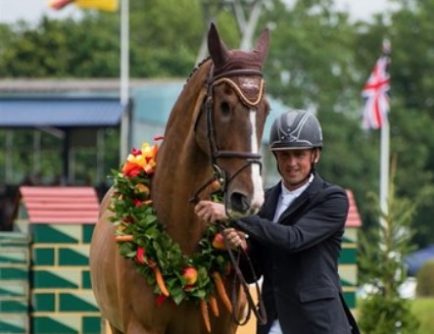 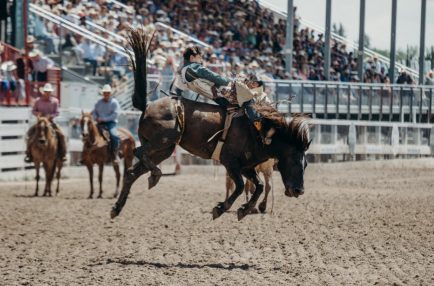 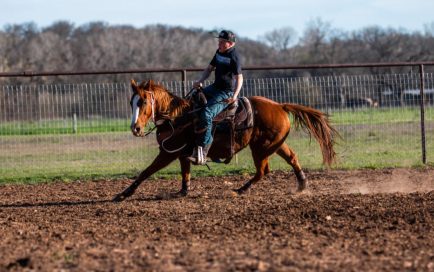 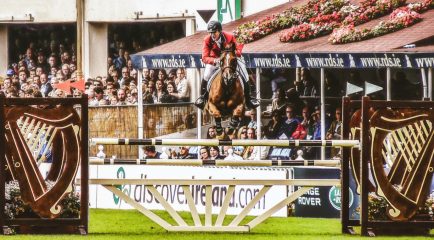 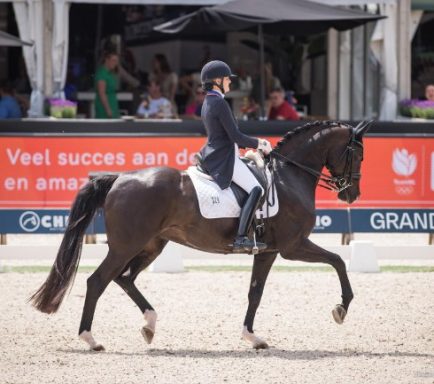