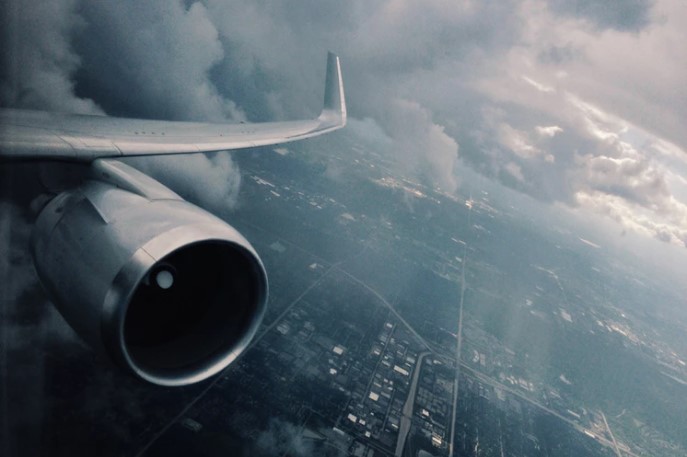 FLIGHTS can cause plenty of stress for some flyers at the best of times – but it can be truly alarming when something seems to go wrong. Landing can be one such nerve-wracking time – so what if the plane can’t land? A pilot has explained what this frightening experience really means.

Flights are often their most worrying during take-off and landing, especially for plane passengers with a fear of flying. With plenty of noises and movement, these two key moments of a flight can be stressful for those who don’t understand what is going on. If landing wasn’t alarming enough – what happens if a plane actually can’t land at all? A pilot has explained what it really means when an aircraft attempts to land… but doesn’t.

Pilot Patrick Smith said in his book Cockpit Confidential that he’s heard from many panicked flyers about their experience of aborted landings. Why is it that some planes are about to land and then at the last minute head back up into the sky? Should passengers be worried? Smith explains that this manoeuvre is called a “go-around,” adding “it holds a special place in the fearful flyer’s pantheon of worries.” However, the pilot points out that passengers should not be concerned if their plane does this – it is, in fact, a not unusual event.

“Go-arounds are fairly common and seldom the result of anything dangerous,” Smith said.

“In most cases, it’s a minor spacing issue: controllers aren’t able to maintain the required separation parameters, or the aircraft had has not yet vacated the runway.

“Not an ideal situation, but let’s be clear: this is not a proverbial near miss.

“The reason you’re going around is to prevent a near-miss. Actual instances where a collision is narrowly averted do occur, but they are exceptionally rare.”

Go-arounds are not always caused by traffic, however – the weather can also play a role.

“A variant of the go-around, spoken of somewhat interchangeably, is the missed approach when a plane pulls off the same basic manoeuvre for weather-related reasons,” explained Smith.

“If, in the course of an instrument approach, visibility drops below a prescribed value or the plane has not made visual contact with the runway upon reaching the minimum allowable altitude, the crew must climb away (often followed by a diversion to an alternate airport).

“A go-around will also be initiated any time an approach becomes unstable. Glide path deviations, a too-high rate of descent, severe crosswinds, a wind shear alarm – any of these may trigger one.”

Some passengers can be very worried about how quickly the plane climbs back into the air – but again, flyers should not be concerned.

“As for the steepness suddenness of the climb, that is the manner in which any go-around is executed,” said Smith.

“There’s no need to dillydally around a low altitude. The safest direction is up – as quickly as practical.

“The abrupt transition from a gentle descent to a rapid climb might be noisy and jarring, but it’s perfectly natural for an airplane.” Smith adds that often pilots’ announcement will offer very little comfort to nervy passengers on a plane. This is because pilots are given very little customer service training and they’re often encouraged to say nothing rather than unnecessarily worry passengers.

However, the result of this lack of communication can, in fact, lead to travellers feeling even more unnerved. “Of all front-line employees, pilots are potentially the most valuable for soothing anxieties and explaining the nuances of abnormal situations,” Smith wrote in his 2013 book. “Unfortunately, customer service training for pilots is bare minimum and one result is a tendency to say as little as possible – a default policy of evasive simplification. This is obviously counterproductive, and never more so than those times when minor abnormalities are made to sound harrowing.”