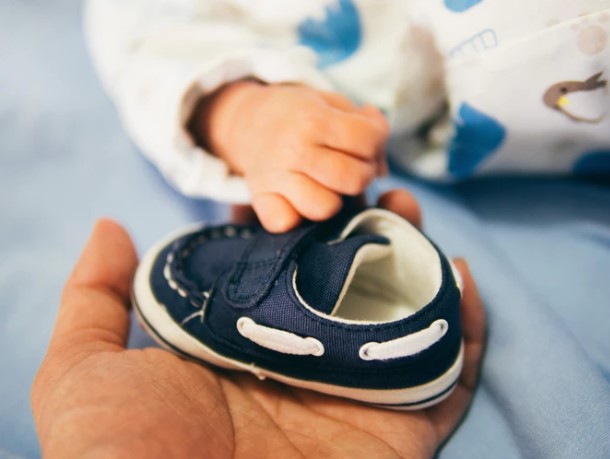 Dads-to-be how your age can affect your fertility

It’s easy to think that your age doesn’t matter when it comes to having a child. After all, celebrities such as Robert De Niro and Rupert Murdoch have fathered healthy babies well into their twilight years. However, the truth about male fertility and age may surprise you.

Does my age affect my fertility?

Yes, the older you are, the longer it’s likely to take for you and your partner to conceive. This applies no matter how old she is. Other factors will play a part too, but in general, the chance of conception taking more than a year is:

On average, if both partners in a couple are under 25, they’ll get pregnant within five months. But if the woman’s under 25 and the man is over 40, it can take up to two years.

Does my risk of having a baby with genetic problems increase as I age?

Unfortunately, certain genetic conditions do seem to be more common among babies with older fathers. You may be at a slightly increased risk of having a baby with the following conditions as you get older, particularly in your 40s and beyond:

Sadly, your risk of conceiving a pregnancy which ends in miscarriage also increases as you age. The risk may be twice as high when you’re over 45 compared with when you were under 25. However, even when you’re over 45, your partner’s pregnancy is still more likely to continue than it is to miscarry. Some research has suggested that babies with a father younger than 20 may be more at risk of low birth weight and low Apgar scores. However, other studies haven’t found the same results. Although your age may influence these risks, it’s only one of a large number of factors. Other aspects of your life and your partner’s life, such as your family medical history and your lifestyle, will have a much bigger effect.

Does my partner’s age affect my own fertility?

Yes, it does. Your partner’s eggs have a built-in mechanism that can repair damaged DNA introduced by sperm. But the older she is, the less effective this will be. That’s why some of the risks of genetic disorders only matter when both the mum and dad are older.  An age gap can make a difference, too. If your partner is at least five years younger than you, you’re less likely to conceive within a year than if you were the same age. It’s likely that this is partly because of the age difference itself, and not just because older men tend to be less fertile.

What can I do to protect my fertility as I age?

Happily, there’s plenty that you can do to keep your fertility and potency in tip-top condition. The following can all help to safeguard your chances of conceiving a healthy baby:

These tips may help to keep your fertility in tip-top condition. However, bear in mind that even healthy, fertile couples still sometimes take a little while to conceive.

If you and your partner have been trying for a baby without success for a year or more, go and see your GP. If your partner’s over 35, or either of you have any history of infertility, see your GP after six months of trying. He’ll arrange for you both to have tests, to see whether there could be a medical reason for your difficulties.  Finally, you can comfort yourself with the fact that, while male fertility may gradually decline through the years, the majority of men will still be able to father a child at 60 and beyond.