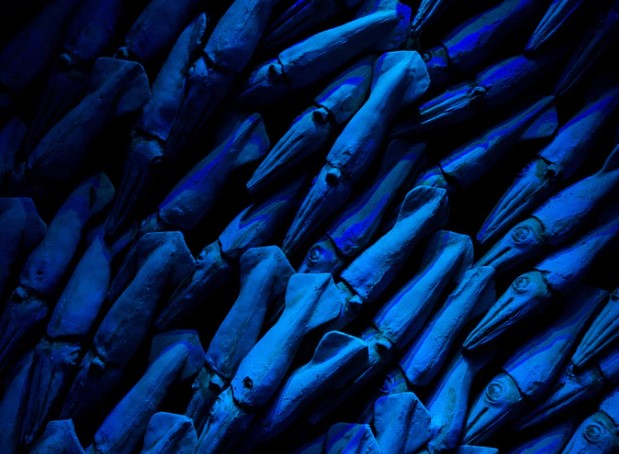 More than 8 million tons of plastic ends up in our oceans each year, killing marine life and damaging ecosystems. But the same seas might also hold the key to reducing plastic pollution. Proteins found in squid can be used to create sustainable alternatives to plastics, according to a report published in Frontiers in Chemistry on Thursday. Squid grasp their prey using suction cups on their tentacles and arms. The cups are equipped with sharp “ring teeth” that hold the food in place. The teeth are made from proteins that are similar to silk, and these have become the subject of scientific interest in the last few years.

Melik Demirel, of Pennsylvania State University, is lead author of the new report, which reviews existing research on materials made from these proteins. He says his team has produced prototypes of fibers, coatings and 3D objects made from the squid ring teeth (SRT) proteins. Demirel says these natural materials are biodegradable — and could provide an “excellent” alternative to plastics. The SRT proteins can be produced in the laboratory using genetically engineered bacteria, which means they don’t need to use any squid. The process is based on fermentation, using sugar, water and oxygen.

According to the researchers, SRT proteins have “remarkable properties” and materials made from them are elastic, flexible and strong. They also have thermal, self-healing and electrical conducting capabilities, which gives the potential for some new applications. One could be to create a self-healing, recyclable fabric by making a coating that is resistant to damage caused by washing machines. That could reduce the number of clothing microfibers that end up being washed into the oceans, which contributes to microplastic pollution. SRT proteins could also be used to make protective clothing for chemical and biological warfare agents, say the researchers.

As well as polluting our oceans, plastics have been found to emit greenhouse gases when they degrade.

“I am a polymer scientist and want to minimize plastic pollution and create environmental sustainability,” explains Demirel.

Demirel acknowledges that more work is needed to scale up production of the materials. Synthetic SRT proteins currently cost at least $100 a kg to produce, but he hopes to bring the price down to a tenth of that.