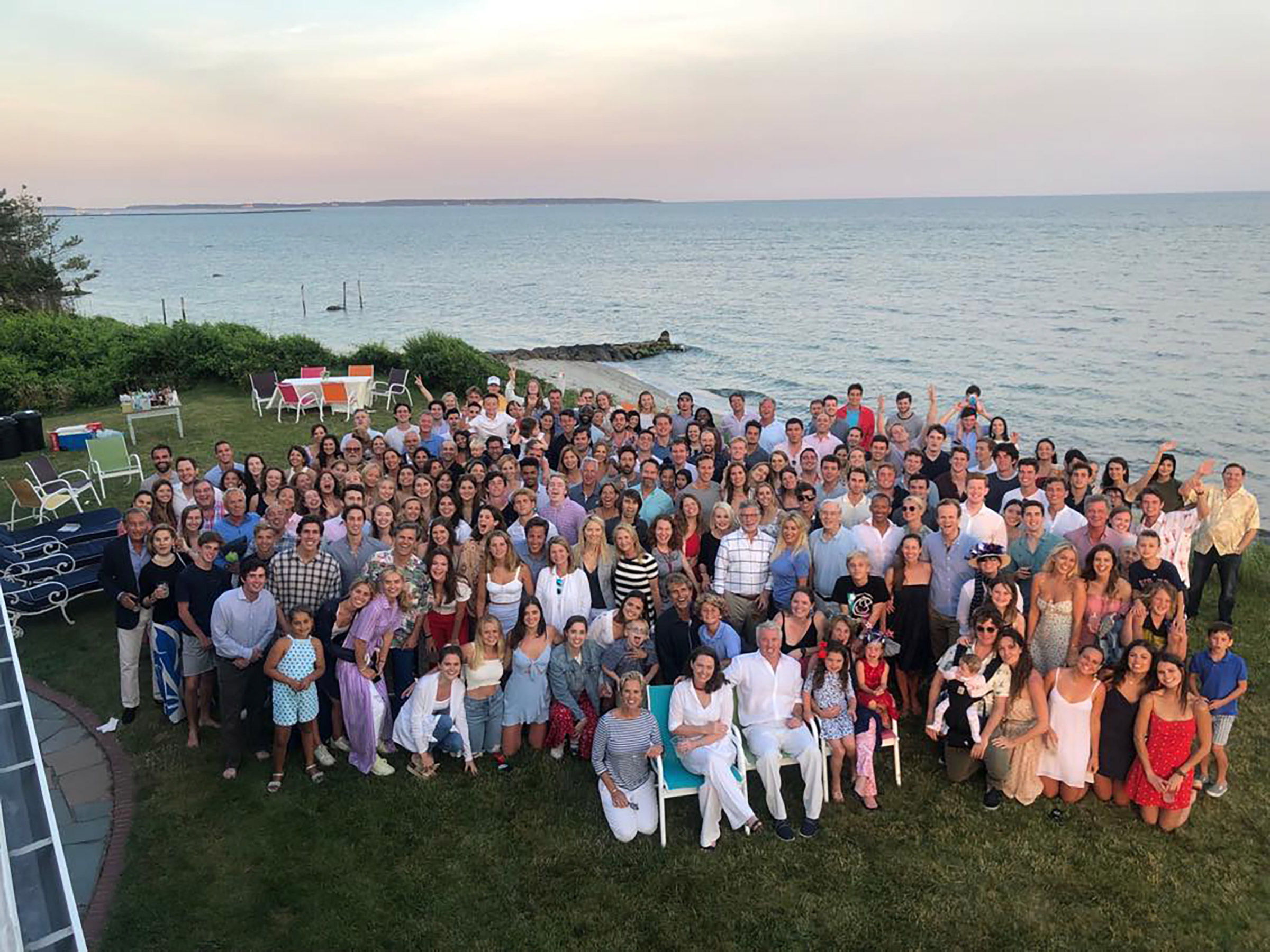 Chris Pratt spent the Fourth of July like many other newlyweds: with his wife’s family. But his in-laws are the Kennedys, and their holiday photo was a few sizes larger than your usual family gathering. In a bustling outdoor portrait shot from above to encompass the sprawling group, Pratt stood toward the back with new wife Katherine Schwarzenegger on the family’s estate in Hyannis Port. The actor married into the Kennedys when he wed Schwarzenegger, whose great uncle was John F. Kennedy. Her parents are Arnold Schwarzenegger and Maria Shriver.

“Happy Fourth of July from all of us in Hyannis Port!” Kerry Kennedy, daughter of former United States Attorney General Robert F. Kennedy, captioned the photo, which she shared on Instagram Thursday.

Katherine and Pratt, who began dating in the summer of 2018, tied the knot in an intimate ceremony with close family and friends watching on June 8 at the San Ysidro Ranch in Montecito, California. On Thursday, the Avengers: Endgame star, 40, also proved his Instagram husband skills as he snapped a beautiful photo of Katherine’s sister, Christina, and some of their family members in front of a golden sunset.

“My ladies ♥️ (incredible photography by my love @prattprattpratt ),” the lifestyle blogger captioned the picture, giving her husband a shoutout for his camera skills.

A source recently told PEOPLE that Katherine was still on a “happy high” from her wedding and Hawaiian honeymoon and was overjoyed about spending the rest of her life with Pratt.

“She still can’t believe that she and Chris are married,” the source said.

She and Pratt celebrated their marriage — and his 40th birthday — with a romantic honeymoon on the Hawaiian island of Lanai. Pratt is now gearing up for future movie projects while Katherine, who plans to change her last name, continues to focus on her charity work, according to the source. The pair also hopes to give the actor’s 6-year-old son Jack (from his first marriage to Anna Faris) a sibling.