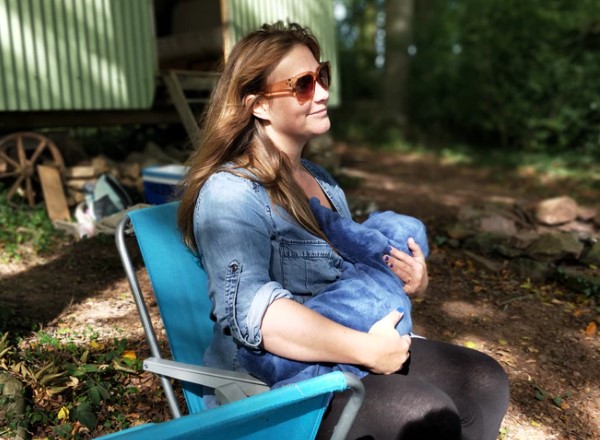 (CNN)Research has already shown a link between breastfeeding and lower obesity risk for babies. But a new study finds another association: “Breast is best” for them even compared with giving babies breast milk out of the bottle. The benefits of direct breastfeeding included slower weight gain and lower BMI scores at 3 months, according to a Canadian study published Monday in the journal Pediatrics.

Still, even pumped breast milk was superior to none at all, in line with past research.

“Moms who pump go through a lot of effort to do that, and I wouldn’t want them to get the impression that it’s not worth it. But it does raise the question of, if pumped milk is not the same or not as good, why is that? And what should we be doing to support moms better around breastfeeding if that’s what they want to do?” said study author Meghan Azad, research scientist at the Children’s Hospital Research Institute of Manitoba.

Of more than 2,500 infants from the Canadian Healthy Infant Longitudinal Development study, those with the lowest BMI scores at 12 months were those who were breastfed — without formula — and who started eating other foods around 5 to 6 months. (The researchers did not distinguish how infants were fed breast milk past the 3-month outcomes.)

Researchers say this could impact children’s risk of becoming overweight or developing obesity down the line. The new study found that stopping breastfeeding before 6 months was linked to faster weight gain, a higher body mass index at 12 months and three times the risk of being overweight compared with exclusive breastfeeding.

“Other data has shown quite nicely that if you have an elevated (BMI) early on in life, it sets you up for childhood and then adolescent obesity later on in life,” said Lars Bode, director of the Larsson-Rosenquist Foundation Mother-Milk-Infant Center of Research Excellence at the University of California San Diego.

The mechanism behind why breastfeeding could be superior to pumping is yet unclear, if indeed a causal link to BMI is ultimately found, Bode noted. Perhaps something happens to breast milk components when it is refrigerated, frozen or thawed. Perhaps the act of suckling allows babies to better control the amount they’re consuming. (Study data did not test breast milk nor measure the amount consumed.)

Nevertheless, researchers say the study reinforces benefits of breast milk, and they’re sending a message to policymakers about parental leave and support for breastfeeding.

In the United States, “many moms, they have to go back to work after a few weeks, so if they want to continue providing breast milk, they have to do it by pumping,” said Azad.

“The United States is a member of an exclusive group of 3 nations that offer no paid maternity leave,” Dr. Alison Volpe Holmes, associate professor of pediatrics at Geisel School of Medicine at Dartmouth, wrote in an editorial published in the same journal.

“This, coupled with US opposition to measures supporting breastfeeding at the 2018 World Health Assembly, does not bode well for US mothers and infants trying to derive the full health benefits of exclusive breastfeeding.”

Azad’s study found that the more you breastfeed, the stronger the link to these benefits — even if some formula is involved. She said there’s a positive message for moms, not all of whom may be able to exclusively breastfeed: It’s not all-or-nothing.

“Any amount is better than none. The more you can do, the better,” Azad said. “Every feed counts.”

In the study, just 18% of infants were exclusively breastfed by the 6-month mark, and 55% of those who were only fed breast milk received at least some in a bottle.

The World Health Organization recommends exclusive breastfeeding “up to 6 months of age, with continued breastfeeding along with appropriate complementary foods up to two years of age or beyond.”

There are plenty of other good reasons to breastfeed when possible, according to the US Centers for Disease Control and Prevention: a lower risk of some infections, Type 2 diabetes and asthma, to name a few.

Breastfeeding “still is so much more powerful than formula-feeding,” regardless of how it’s fed, Bode said. “I think that message very often gets overlooked.”

Azad said that pumping might not be a choice for all moms, and that the way forward isn’t by putting all the pressure on moms to breastfeed.

“Putting all the onus on individual mothers is not how we’re going to make progress,” she said. “It’s making this a bigger society issue. It’s about providing support, whether that’s at the family or community or policy level.”