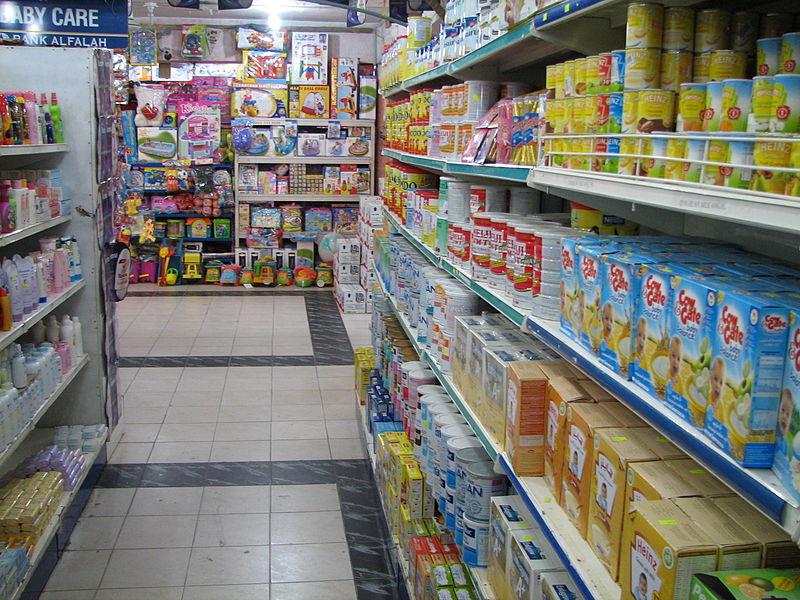 Baby food is any soft, easily consumed food other than breast milk or infant formula that is made specifically for human babies between four to six months and two years old. The food comes in many varieties and flavors that are purchased ready-made from producers. Or it may be table food eaten by the family that has been mashed or otherwise broken down.

As of 2011, the World Health Organization, UNICEF and many national health agencies recommended waiting until six months of age before starting a child on food. individual babies may differ greatly from this guideline based on their unique developmental progress. Baby food can be given when the child is developmentally ready to eat. Signs of readiness include the ability to sit without help, loss of tongue thrust, and the display of active interest in food that others are eating.

As a global public health recommendation, the World Health Organization recommends that infants should be exclusively breastfed for the first six months of life to achieve optimal growth, development and health. Most six-month-old infants are physiologically and developmentally ready for new foods, textures and modes of feeding.Experts advising the World Health Assembly have provided evidence that introducing solids earlier than six months increases babies’ chances of illness, without improving growth.

One of the health concerns associated with the introduction of solid foods before six months is iron deficiency. The early introduction of complementary foods may satisfy the hunger of the infant, resulting in less frequent breastfeeding and ultimately less milk production in the mother. Because iron absorption from human milk is depressed when the milk is in contact with other foods in the proximal small bowel, early use of complementary foods may increase the risk of iron depletion and anemia.

In Canada sodium content in infant food is regulated; strained fruit, fruit juice, fruit drink, and cereal cannot be sold if sodium has been added (excluding strained desserts). Foods naturally containing sodium are limited to 0.05 – 0.25 grams per 100 grams of food, depending on the type of infant food.

If there is a family history of allergies, one may wish to introduce only one new food at a time, leaving a few days in between to notice any reactions that would indicate a food allergy or sensitivity. This way, if the child is unable to tolerate a certain food, it can be determined which food is causing the reaction.