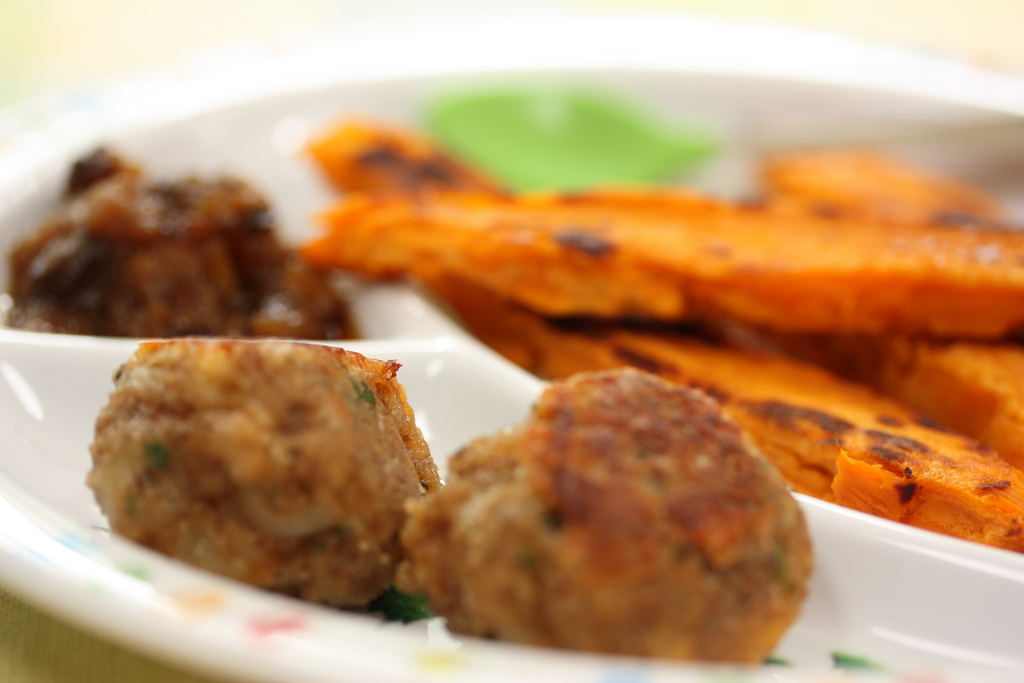 Homemade baby food is less expensive than commercial baby foods. Homemade food is appropriate only when the family has a sufficient and varied diet, as well as access to refrigeration and basic sanitation. It is important to follow proper sanitation methods when preparing homemade baby food such as washing and rinsi vegetables or fruit, as well as the cooking and packaging materials that will be used.

Homemade food requires more preparation time than opening a jar or box of ready-to-eat commercial baby food. Food may need to be minced or pureed for young babies, or cooked separately without the salt, intense spices, or sugar that the family chooses to eat. Avocados and bananas are foods that can be easily mashed and are high in vitamins and nutrients, making them ideal starter foods for an infant 6 months in age or older.

Through the first year, breastmilk or infant formula is the main source of calories and nutrients.

Babies may be started directly on normal family food if attention is given to choking hazards; this is called baby-led weaning. Because breastmilk takes on the flavor of foods eaten by the mother, these foods are especially good choices.

Nestlé’s Feeding Infants and Toddlers Study (FITS) of 2008 indicates that few American babies are fed baby food before the age of four months.

On any given day, about 20% of babies aged four and five months eat some type of fruit, usually a prepared baby food. As with all of these, this may represent as little as one small bite of fruit or a food partly composed of fruit. Two-thirds of babies aged six to nine months, and between 75% and 85% of babies and toddlers older than nine months, eat some type of fruit. At age six to nine months, half of babies are eating prepared baby food fruits, but toddlers aged 12 months and older primarily eat non-baby food fruits, such as fresh bananas or canned fruits. Apple and bananas are common fruits for babies of all ages. Fruit juice, primarily apple and grape juice, is usually introduced later than fruit, and about half of older babies and toddlers drink some type of 100% fruit juice.

Very few four- and five-month-old American babies eat meat or other protein source (excluding milk). Six- to nine-month-old babies mostly eat meat as part of a baby food that contains a small amount of meat along with vegetables or grains. About three-quarters of nine- to twelve-month-old babies are given either meat or another protein source, such as eggs, cheese, yogurt, beans, or nuts. More than 90% of babies aged 12 to 18 months old, and nearly all toddlers older than that, are given a protein source at least once a day. Almost three-quarters of these toddlers are given a non-baby food meat; prepared baby food meat (by itself) is uncommon at any age.

Sweet and salty foods are uncommon for babies. Compared to a prior study in 2002, the number of babies under age nine months that received any sort of sweetened food, snack, or beverage, had dropped by nearly half. At age nine to twelve months, fewer than half of babies are given sweetened foods like cookies, ice cream, or fruit-flavored drinks. Prepared baby food desserts are uncommon at any age, but are given to almost 12% of babies age nine to twelve months.

Some commercial baby food companies have expanded their lines to produce specialty foods for toddlers from the age of about 12 months to two and a half years old. These include juice, cereal, small microwaveable meals, baked goods, and other foods that have been formulated and marketed for toddlers.

In the late 1940s, Gerber Products Company and Beech-Nut produced special cookbooks to promote the sale of commercial baby foods for use by elderly, sick, or disabled people.