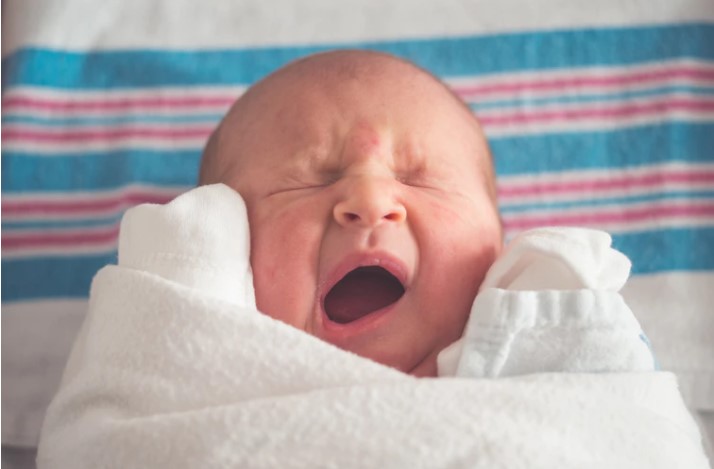 Baby researchers have a term for the simple interplay between a parent and child. They call it “the serve and return” because, says Dr. Clinton, it’s like a game of tennis in which you play back and forth. “When they look at you, you respond by smiling or talking. That’s just what we know how to do as parents. You don’t need fancy tablets or flash cards. You just need to connect with your child.”

“Touch is a primal need,” says Dr. Clinton. That’s why babies love to be held. The late Clyde Hertzman, who was director of the Human Early Learning Partnership (HELP) and Canada Research Chair in Population Health and Human Development at UBC, said touching also helps babies begin to define their boundaries. “There is evidence to show that children who were neglected and not touched have real trouble defining where their personal boundaries begin.” Clyde said even the simple motion of picking a child up and putting them down is an important touch for babies. “They begin to be able to intuitively define where the self ends and where the non-self begins, where their body ends and where the next persons begins.”

At some point all children learn the game of throwing food over the side of their highchair and watching mom or dad pick it up. Through this simple game babies are learning about action and reaction and how to interact with their environment. “They love the anticipation of peekaboo,” says Dr. Clinton. “It’s all about cause and effect and object permanence. You’re teaching them that even when you don’t see me, I’m still here. That’s hugely important.”

Babies also like things to be predictable, says Adele Diamond, Canada Research Chair Professor of Developmental Cognitive Neuroscience at the University of British Columbia and B.C. Children’s Hospital in Vancouver. “They LOVE seeing their actions produce an effect and being able to re-produce that again and again, like kicking or pulling the string of a mobile to see it move or pressing on a button to make a buzzer sound.” Adele suggests giving babies challenges that make them work hard but that are still doable. For example, between eight and 12 months, you can place a desired object where the baby can see it, but out of reach, under a cloth, or behind a transparent pane. The baby needs to figure out that getting the object requires pulling on the cloth or reaching around the barrier.

Reading to your baby is one of the most powerful things you can do because it is multi-sensorial, says Dr. Clinton. “When you hold and rock your child while you are reading, it involves sight, hearing, touch and smell.” Studies show newborns even recognize books their mothers read aloud while they were pregnant.

The sensory experience of soothing water can help boost brain development. For an added bonding bonus, climb into the tub with baby to maximize precious skin-to-skin contact.

Introducing different scents can be a fun way to stimulate your baby’s brain development. Try applying lavender lotion during a nightly massage or take a trip to the garden to smell the flowers.

Parents often receive mixed messages about when and how often to respond to their crying baby. Crying is a response to stress for a baby and is the only way they have to communicate. When we pick them up, says Dr. Clinton, we are teaching them that the world is there for them, so don’t secondguess your instinct to pick them up. Babies who get picked up and soothed will likely cry less because they’re developing their own self-soothing techniques, said Clyde. “Children are influencing their environment right off the bat and you responding to the cues they’re giving is a huge thing. It’s telling them that you hear what they are saying.”

Studies show that, regardless of culture, men play differently with children than women, and babies benefit from both kinds of play. “While women tend to cuddle with baby, men tend to pick baby up, hold them out front and walk their fingers along them from the bottom to the top,” says Dr. Clinton. “It’s terrific because mom is soothing and dad activates excitement so the little one hears dad’s voice and gets excited.” This applies to grandpas, uncles and male friends, too.

By talking to your baby, you are helping them develop their vocabulary even when they’re infants. “All that babbling and cooing that’s going on early, that’s the child’s prelanguage skills developing,” said Clyde. “Babies express their needs and start to communicate in a variety of ways. Parents need to recognize that’s communication.” Studies have shown that the number of words a child learns by the age of three grows in direct correlation to how many words are spoken in the home.

Cuddling with your baby is as important as being active with them. “Don’t make it all about language and brain,” said Clyde. As with so much parenting advice, it’s all about balance. “If we’re frantically saying to new parents that they have to make every single moment count, their presence is being stolen by their anxiety. When you’re connecting with your child, think about what you’re doing with your child as a person, not about whether you’re building your child’s brain.”