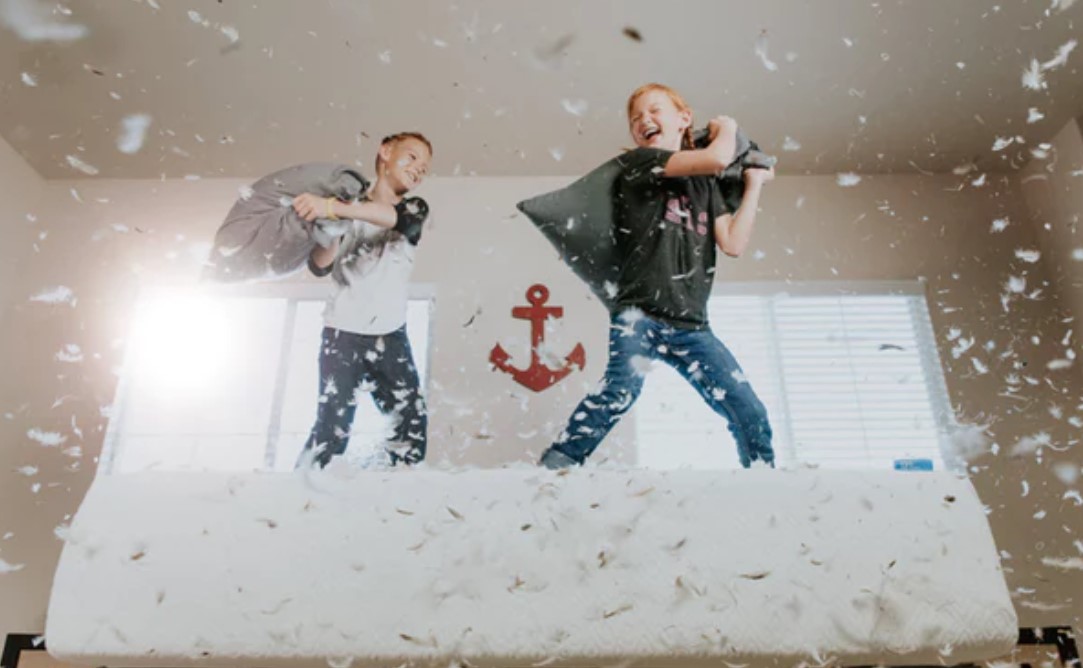 Who Should Host? To Invite? Are Men Allowed?

Baby showers and baby-welcoming ceremonies are filled with joy—and fraught with expectations. To ensure a good time will be had by all, here are some guidelines for hosts, guests, and parents-to-be.

Baby showers are a relatively recent phenomenon—they became common only after World War II, during the baby boom of the 1940s and ’50s. Still, they’ve developed their own traditions and etiquette.

Who should host a baby shower

Tradition states that a shower should not be hosted by a close family member of the parents-to-be, but instead by a friend or more distant relative, such as a cousin or an aunt. This rule was meant to avoid the appearance that the family was simply on a mission to collect gifts. However, like many traditions, this rule isn’t strictly observed these days. In fact, it’s usually considered perfectly acceptable for a sister, mother-in-law, or even the guest of honor’s mother to host or co-host a shower. It’s still unusual for a mother-to-be to host her own shower, though.

Who should be invited

Close friends are a natural for the guest list, as are family members. Beyond that, when you’re thinking of adding someone to the list, consider whether it would be appropriate to ask that person to buy a gift for the guest of honor, since that’s what’s expected of a shower guest. You should certainly consult with the guest of honor on the list and let her invite whomever she wants (keeping in mind any limitations on space, of course).

What about the dad-to-be and male guests

It’s becoming more and more common to include men—friends, spouses, relatives—on the guest list. But it does change the chemistry of the party. You need to decide whether you want that traditional “female-bonding ritual,” with lots of oohing and aahing over adorable baby clothes and exchanging of labor tales, or whether you’re looking for a more coed experience. Also, consider the personality of the dad-to-be; some may relish sharing in every aspect of the pregnancy, while others may be uncomfortable with the idea of being a guest of honor at a baby shower. The mom-to-be should be able to give you a good reading on this. Even at a “girl power” party, the expectant dad often makes an appearance toward the end of the shower to thank everyone for the gifts. And if you opt to include male guests, take a look at some of our coed-friendly shower ideas.

Can a shower be given to celebrate a second baby—or one even further down in the birth order?

Every pregnancy deserves to be toasted and cheered. But, since the true purpose of a baby shower is to help new parents acquire the gear and supplies they’ll need, it’s probably not necessary to give a traditional baby shower for parents who have a basement full of baby clothes and equipment. Instead, consider throwing a shower designed to make their lives easier when they’ve got a newborn and another child or two to juggle: a “stock the freezer” shower, for example, or a “Mom and Dad” shower, with gifts like their favorite movies on video or DVD or promises for baby-sitting services. When should the shower be held?

Showers are typically given four to six weeks before the baby’s due date—late enough so that the pregnancy is well along, but early enough so that the baby is unlikely to arrive before the party day does. Sometimes, for religious, cultural or other reasons, parents-to-be prefer not to receive gifts until after the baby is born (in certain traditions, it’s considered bad luck to acquire baby items beforehand). In that case, you could begin some preliminary planning, but wait until after the baby is born to set a shower date. For parents adopting a child, you might set a date once the child has arrived in their home.

Does it need to have a theme, and must there be games played?

No. The hosts should take their cues from the style and tastes of the expectant parent. There’s no rule stating that games must be played, or that the color scheme must be pastel. The shower should be designed for the delight the guest of honor. (On the other hand, the guest of honor should maintain a sense of graciousness and good humor if she finds herself at the center of a party that’s not precisely her style).

Is it considered proper to register for gifts?

Opinions vary on this issue. While it strikes some as mercenary for parents-to-be to make up what is essentially a shopping list for friends and family, this practice is increasingly common. Registering at a store or with a catalogue or online service is certainly practical and time-saving for the guests of honor, who can avoid duplicates and returns, and, as with wedding registries, it can be a time-saver for guests, too, who don’t have to spend much time selecting a gift. Of course, you may feel that registering takes some of the charm and spontaneity out of the event. In any case, there are two hard-and-fast rules about registering for gifts: never include the registry info on the invitation (put it on a separate slip of paper or let interested guests inquire with the host), and never insist that guests use the registry (they should always have the option of giving whatever they like).

Are invitees who can’t attend the shower obliged to give gifts?

No. If they wish, they may send a package to the home of the host, who can have it on hand to be opened at the shower. But they certainly aren’t obliged to do so—a shower invitation is an invitation to a party, not a demand for a gift. It would be perfectly fine for the invitee who can’t make the party to wait until the baby is born, and then send a gift.

When should the guest of honor send thank-you notes?

Usually within two to three weeks after the shower—unless of course the baby’s birth intervenes. In that case, it’s fine to wait until after the hectic postpartum period is over. It’s nice to thank your hosts with a special token, too, such a bouquet of flowers, a batch of cookies, or a small gift.

Whether you welcome your baby with a christening, a bris, a traditional naming ceremony (as practiced in Muslim, African, or Native American traditions), or a ritual that’s your own invention, there are a few basic guidelines that are common to all:

Who should be invited?

Invite family, friends, and whomever else you choose—these celebrations can be intimate or large-scale. But new parents should be careful not to put too many demands on themselves. Limit the scale to what you can comfortably manage, and remember that it’s perfectly fine to delegate chores to close family members and friends, during the preparations, at the event, and for clean-up.

How should guests be invited?

Invitations need not be formal. Phone calls or, at most, handwritten notes are customary for a christening or a bris, and should suffice for other kinds of baby-welcoming ceremonies as well. This saves the new parents the trouble of making up invitations.

Is it appropriate to serve food?

It’s perfectly appropriate to treat your guests to a bite to eat after the ceremony. The refreshments could be as simple as coffee and cake at your home after a christening to a full banquet at a baby-naming celebration. The new parents aren’t under any obligation to take on more than they can handle, either physically or financially. The event should be about spirituality, community, and/or family — not about elaborate food and drink.

Does the baby have to be present for the whole event?

Certainly not. If the star of the show needs to sleep, she should be put down for her nap. Guests will have other chances to dandle her on their knees. A new parent should feel free to gently decline requests to hold the baby at any point, if it seems like being passed around like a (much-loved) football wouldn’t please the little one.

Gifts aren’t usually expected at a baby-welcoming ceremony. While in some traditions or families, it’s customary to bring a small token like a rattle or a cup to such a celebration, it’s shouldn’t be the focus of the event. In most cases, it’s more appropriate for guests to send or bring a baby gift at another time.