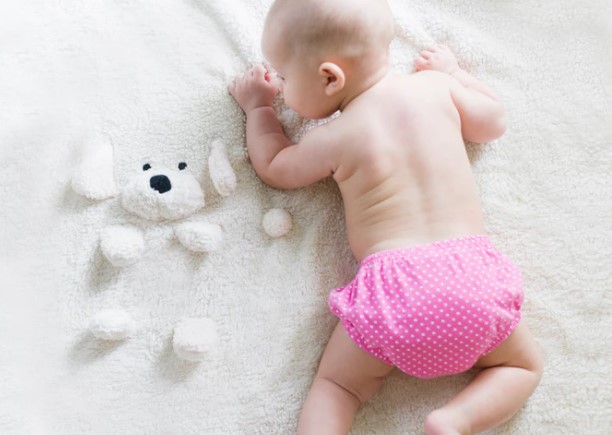 A Guide to Baby Pee, Poop and Spit Up

Because parenting doesn’t come with a manual, and all children are different, you might initially be quite alarmed by your baby’s bodily fluids. The good news is, your little one is right on track if he poops, wees and spits up often – especially in the first six to 12 months as his digestive system matures and develops.

From the minute your baby is born, expect that he might poop. A little one’s first poo is referred to as meconium. It’s generally dark, thick, and has the consistency of Marmite. It consists of the things your little one’s ingested throughout your pregnancy, explains registered doula and postnatal specialist, Magdaleen Moller. “This poop might also include mucus, amniotic fluid, lanugo and bile. It’s generally a very dark green colour and is extremely sticky,” she explains.

Top tip for cleaning newborn poo: Lather your baby with a thick layer of petroleum jelly. This works better than bum cream as you can merely wipe your baby clean after a poo, says Magdaleen.  A warm wet wipe or an old-fashioned face cloth is also better for your new baby’s skin.

If you’re exclusively breastfeeding in the first six months, your baby’s poo might look like butternut soup with curdled pieces (almost like small pieces of feta cheese), explains Magdaleen. A breastfed stool rarely smells. However, if you’re formula feeding, expect your little one’s poop to be a khaki colour with a distinct sour-milk smell. Formula-fed babies tend to suffer from constipation more often than breastfed babies as the stools become harder as time goes on. Breastfed babies seldom suffer from constipation as breastmilk is digested more easily, unless your little one has an allergy to your breastmilk.

If your baby’s suffering from constipation, it might be linked to a sluggish digestive tract, illness, not enough to drink, or a reaction to the type of formula he’s on if he’s formula-fed says Heidi Murkoff, author of What to Expect in the First Year. If the constipation persists for more than a day or two, Heidi suggests letting your doctor know as this can be painful and uncomfortable for little ones.

Although it’s normal for breastfed poop to look runnier than formula fed poop, it’s important to know when your child has diarrhoea as this can quickly lead to dehydration. The good news is, diarrhoea is unusual in breastfed babies as there’s certain substances in breast milk that destroy many of the microorganisms that cause diarrhoea.

However, It’s best to call your doctor right away to determine what’s causing the diarrhoea (either a virus or bacterial infection) and to prevent dehydration, if you notice your child:

How much should your baby wee in the first few weeks?

The first few days after birth, your baby will drink colostrum, which is the first milk your breasts produce, explains Magdaleen. Colostrum contains antibodies, carbohydrates, protein and fat. The main function of colostrum is to clear excess bilirubin that can build up in your baby’s liver, causing jaundice.

Because colostrum is thick, and it takes time to kickstart your little one’s system, he’ll only start producing multiple wet diapers from around day five when your milk comes in. A healthy baby should be producing at least six wet diapers a day. This means that your newborn won’t wee a lot initially, which is normal, says Magdaleen.  In fact, disposable diapers may not appear wet at all due to the super absorbency.

Magdaleen points out that healthy urine is a light straw colour, clear and not cloudy, and doesn’t have a distinct smell.

If you notice tiny red crystals in your newborn’s diaper, don’t panic, warns Magdaleen. Although this is a sign of slight dehydration, it’s normal during the early days. It’s important to feed your baby regularly to stimulate milk production and keep your baby’s fluid levels up.

If you suspect your child isn’t producing enough wet nappies throughout the day and night, seems lethargic and wants to sleep a lot, or looks a little yellow, this could be a sign of jaundice, which can lead to fatigue and dehydration. In this case, speak to your paediatrician immediately.

Speak to your doctor immediately if you notice your child:

Did you know that at birth, your baby’s stomach is only the size of a cherry and can only take around 5ml of fluid at a time? Therefore, it’s normal for babies to spit up milk often. In fact, some babies can’t go without a bib for the first year.

Newborns will generally spit up directly after a feed which could be due to overfeeding, or stuck wind, explains Magdaleen. By day 30, your baby’s stomach will be the size of a large egg and can take around 30ml fluid at a time. To prevent frequent spit ups, feed your baby smaller amounts more frequently and make sure to wind him properly after each feed. Later on, spit ups can be caused by certain foods and liquids, as well as teething since the mouth produces more saliva when teeth are erupting.

“When we eat and swallow, the oesophagus (food pipe) automatically contracts to push food down into the stomach. At the same time, a valve, known as the lower oesophageal sphincter (LES), relaxes to allow the food to pass through. Normally, the LES closes to prevent food and stomach acids from flowing back up into the oesophagus,” explains Johannesburg-based paediatrician Dr Dewald Buitendag.

Reflux is common in babies as the LES valve is still weak and may not close properly. This is why babies typically spit up or burp after eating. In some instances, this isn’t painful. In other cases, the ingested milk mixes with stomach acids and irritates the inner lining of the oesophagus when it travels back up, resulting in pain and inflammation.

See your doctor if your child: