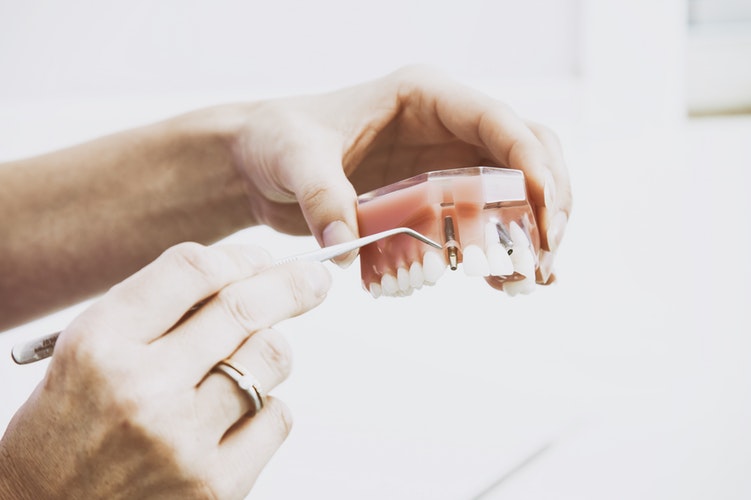 7 Simple Ways to Naturally Whiten Your Teeth at Home

There are plenty of products to choose from when it comes to whitening your teeth. However, most whitening products use chemicals to bleach your teeth, which concerns many people. If you want whiter teeth, but also want to avoid the chemicals, then this article lists many options that are both natural and safe.

Here are 7 simple ways you can naturally whiten your teeth.

Oil pulling is a traditional Indian folk remedy meant to improve oral hygiene and remove toxins from the body. The practice involves swishing oil around in your mouth to remove bacteria, which can turn into plaque and cause your teeth to look yellow. Traditionally, Indians used sunflower or sesame oil for oil pulling, but any oil will work. Coconut oil is a popular choice because it has a pleasant taste and offers many additional health benefits. Coconut oil is also high in lauric acid, which is known for its ability to reduce inflammation and kill bacteria. A few studies have shown that daily oil pulling effectively reduces bacteria in the mouth, along with plaque and gingivitis. Streptococcus mutans is one of the primary types of bacteria in the mouth that cause plaque and gingivitis. One study found that daily swishing with sesame oil significantly reduced Streptococcus mutans in saliva in as little as one week.

Unfortunately, there are no scientific studies to prove that oil pulling whitens your teeth. However, it’s a safe practice and definitely worth a try. Many people claim their teeth are whiter and brighter after regular oil pulling. To oil pull, put 1 tablespoon of coconut oil in your mouth and push and pull the oil through your teeth. Coconut oil is solid at room temperature, so you may need to wait a few seconds for it to melt. Continue the oil pulling for a full 15–20 minutes. Be sure to spit the coconut oil into a toilet or trash can, as it could return to solid form once in your drain pipes and cause a clog. Unlike many other tooth whitening methods, coconut oil pulling does not expose your teeth to acid or other ingredients that erode the enamel. This means it is safe to do daily.

Baking soda has natural whitening properties, which is why it’s a popular ingredient in commercial toothpaste. It’s a mild abrasive that can help scrub away surface stains on teeth. Additionally, baking soda creates an alkaline environment in your mouth, which prevents bacteria from growing. This is not a remedy that will whiten your teeth overnight, but you should notice a difference in the appearance of your teeth over time. Science has not yet proven that brushing with plain baking soda will whiten your teeth, but several studies show that toothpaste with baking soda has a significant whitening effect.

Another study found that brushing with a commercial toothpaste containing baking soda and peroxide twice per day led to 62% whiter teeth in six weeks). However, there are some questions regarding the safety of hydrogen peroxide. While heavily diluted concentrations appear safe, strong concentrations or overuse can cause gum irritation and tooth sensitivity. There’s also concern that high doses may cause cancer, but this has not been proven.

Whitening your teeth with a strawberry and baking soda mixture is a natural remedy that has been made popular by celebrities. Proponents of this method claim that the malic acid found in strawberries will remove discoloration on your teeth, while the baking soda will buff away stains.

However, this remedy has not been completely backed up by science. While strawberries may help exfoliate your teeth and make them appear whiter, they are unlikely to penetrate the stains on your teeth. A recent study found that a strawberry and baking soda mixture produced very little color change in teeth, compared to commercial whitening products.

If you decide to give this method a try, limit its use to a few times per week. Despite studies showing that a strawberry and baking soda paste had a minimal effect on tooth enamel, excessive use could cause damage. To use this remedy, smash up a fresh strawberry, combine it with baking soda and brush the mixture on your teeth.

Some claim that pineapple can whiten teeth. A study found that a toothpaste containing bromelain, an enzyme found in pineapples, was significantly more effective at removing tooth stains than a standard toothpaste. However, there is no evidence that eating pineapples produces the same effect.

Your teeth naturally yellow as you age, but there are some things you can do to prevent stains on your teeth. Limit Staining Foods and Beverages. Coffee, red wine, soda and dark berries are infamous for staining teeth. That doesn’t mean you have to completely avoid them, but you should limit the amount of time these substances are in contact with your teeth. If possible, drink beverages known to stain teeth out of a straw to prevent direct contact with your teeth. Moreover, brush your teeth soon after consuming one of these foods or beverages to limit their effects on the color of your teeth. Additionally, avoid smoking and chewing tobacco, both of which can cause tooth discoloration.

Limit Sugar in Your Diet

If you want whiter teeth, cut back on your sugar intake. A diet high in sugar supports the growth of Streptococcus mutans bacteria, the primary type of bacteria that causes plaque and gingivitis. When you do consume a sugary food, brush your teeth soon after you eat.

Get Plenty of Calcium in Your Diet

Some tooth discoloration is caused by enamel eroding away and exposing the dentin underneath, which is yellow in color. Therefore, anything you do to strengthen the enamel of your teeth will help keep your teeth pearly white. Calcium-rich foods, such as milk, cheese and broccoli, may help protect your teeth from enamel erosion.

While some tooth discoloration comes naturally with age, it is largely a result of plaque build-up. Regular brushing and flossing can help your teeth stay white by reducing bacteria in your mouth and preventing plaque build-up. Toothpaste gently rubs out stains on your teeth, and flossing removes bacteria that lead to plaque. Regular dental cleanings can also help your teeth stay clean and white.