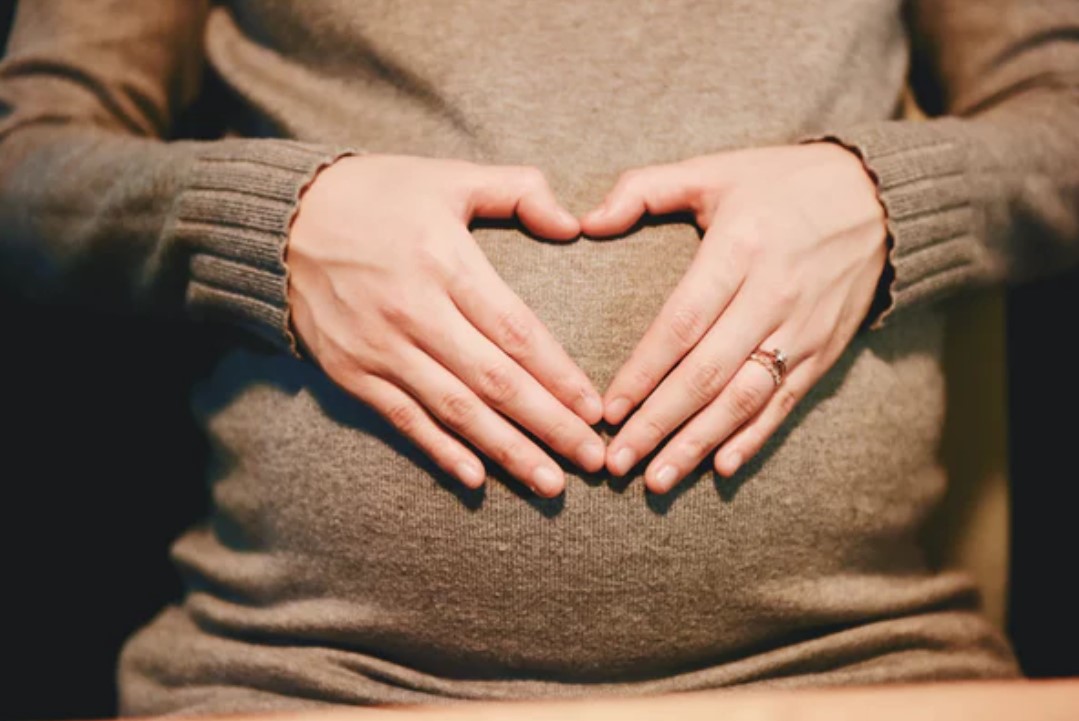 Think you’re pregnant? If you’re the impatient type, here are the most common first symptoms of pregnancy that can start as early as the week before your period. If you’ve already experienced a few, it may be time to head to the drugstore to pick up a pregnancy test or schedule an appointment with your ob-gyn.

Your breasts may be extra tender as early as a week or two after conception. “You’re making so much estrogen and progesterone in early pregnancy that the glands in the breasts start growing,” explains Jasbir Singh, M.D., an OB-GYN at Baylor Medical Center at Waxahachie in Texas. This hormone surge causes breasts to retain more fluids and feel heavy, sore or more sensitive than normal PMS tenderness.

Many women mistake these common early signs of pregnancy for PMS symptoms, but actually they’re caused by hormonal changes and the growth of the uterus. When it comes to cramps, this sign is actually triggered by implantation—when the fertilized egg attaches to the uterine wall. Your uterus may be stretching a little now (hence the cramps) to prep for its massive expansion over the next nine months.

If you notice that your “period” seems way shorter or different from usual, it may be a sign of. When the fertilized egg implants into the plush lining of the uterus about six to 12 days after conception, spotting—light vaginal bleeding—may occur. This is harmless, but if you suspect you’re pregnant, let your doctor know, just in case it’s something else. (If the bleeding occurs as late as 12 days after you conceive, you may think it’s your period.)

“In the first trimester, bleeding should be evaluated for three things in particular—miscarriage, an ectopic pregnancy or certain types of infections,” Singh says. “Implantation bleeding is sort of a diagnosis of exclusion. That means we rule out the bad things before we can determine this is what it is.”

During the first few weeks, your body is working 24/7 behind the scenes to support the pregnancy, and fatigue is a normal response. The extra progesterone produced after conception causes your basal body temperature to rise, which in turn contributes to a lack of energy, explains Karen Perkins, M.D., an OB-GYN with A Woman’s Choice at Mercy Medical Center in Baltimore. Your heart also pumps faster, as it has to deliver extra oxygen to the uterus; this, too, can make you feel tuckered out.

So what should you do? “Take prenatal vitamins early on, eat a healthful diet, drink plenty of fluids to keep your blood pressure high enough, and rest when you can,” Singh says.

Are your nipples looking darker these days? hormones also affect the activity of melanocytes, or cells in the nipples responsible for their color. “Darker-complexioned women may not notice this until later in pregnancy—say, around 10 weeks or so,” says Goist.

While full-blown —which affects up to 85 percent of all preggos—likely won’t strike for a few more weeks, some women may experience more subtle motion sickness as an. “I’ve had patients tell me they’d suddenly get queasy from reading in the car or would feel sick during flights,” says Goist.

This can start as early as two weeks after conception. “Progesterone causes a lot of things to slow down,” Singh says. That includes your digestive processes, sometimes resulting in constipation or indigestion. Since your stomach doesn’t empty as quickly as it normally does, it thinks there’s too much going on in there and wants to purge in some way—either into the gut or out through the mouth. Nausea also is related to human chorionic gonadotropin (HCG), a hormone that can be detected in the mother’s blood or urine even before a missed period. The higher the HCG level (as with twins), the sicker you may feel.

Can’t zip up those skinny jeans? Ramped-up levels of progesterone slow down your digestive track and may make your tummy feel puffier than usual. (This also happens during PMS, notes Goist, but bloating stops when your period arrives, causing progesterone levels to plummet.) If the bloating doesn’t go away—and your period never comes—start watching for that stick to turn pink.

You might think frequent urination comes later, when the baby presses on your bladder, but an increase in bathroom breaks sometimes starts early. Not only can the swelling uterus put pressure on your bladder, but the extra blood flow to the kidneys (which begins right away) also causes them to produce more urine. Theres not much to do about it, unless the frequent urination is accompanied by burning, urgency or other signs of infection. (If so, notify your doctor.) Do not cut back on your fluid intake.

At this point, you’re more likely jonesing for a jumbo bagel than pickles or Rocky Road. “Your overtired body may demand extra carbs now because they’re easily metabolized, which helps keep energy levels up,” says Goist.

Increasing blood volume may trigger frequent but mild tension headaches in the first few weeks of in some women. These headaches early in pregnancy can also be spurred on if you aren’t drinking enough fluids or if you’re anemic so be sure to get your blood work done to rule out the latter.

The same hormones responsible for bloating are also behind your potty problems. Because your digestive track is slowing down now, says Goist, food may not pass through as quickly. This symptom will likely ramp up even more (sorry) as your progresses.

Find yourself weeping over a “Desperate Housewives” episode or raging because the Verizon guy can’t come until Tuesday? “As levels of hCG hormones increase, you’re feeling massive amounts of fatigue, which makes you more prone to moodiness,” says Goist. Plus, um, that stellar combo of headaches, bloating, constipation and breast pain—need we say more?

Measuring BBT—your oral temperature first thing in the morning—is usually used to indicate when you’re ovulating. It’s typically about half a degree or more higher or so when an egg is released and remains elevated until you get your period. So if you’re charting BBT and notice it hasn’t decreased in more than two weeks, it may mean you’ve got a baby on the way. FYI: You’ll need a special digital basal thermometer (try drugstore.com or amazon.com) to do this; it’s more precise than normal fever-measuring thermometers.

Bloody noses, congestion, and postnasal drip are all common in pregnancy, and they’re all related to the same two causes, says Nathaniel DeNicola, M.D., an ob-gyn at the University of Pennsylvania Health System, in Philadelphia. Increasing blood volume puts more pressure on delicate vessels like the ones in your nose, but hormones are to blame too, Dr. DeNicola says.

Estrogen, in particular, can make blood vessels dilate, which contributes to swelling of the mucous membranes in your nose. Luckily, much of the discomfort can be relieved by using a simple saline spray, and it should resolve soon after delivery.